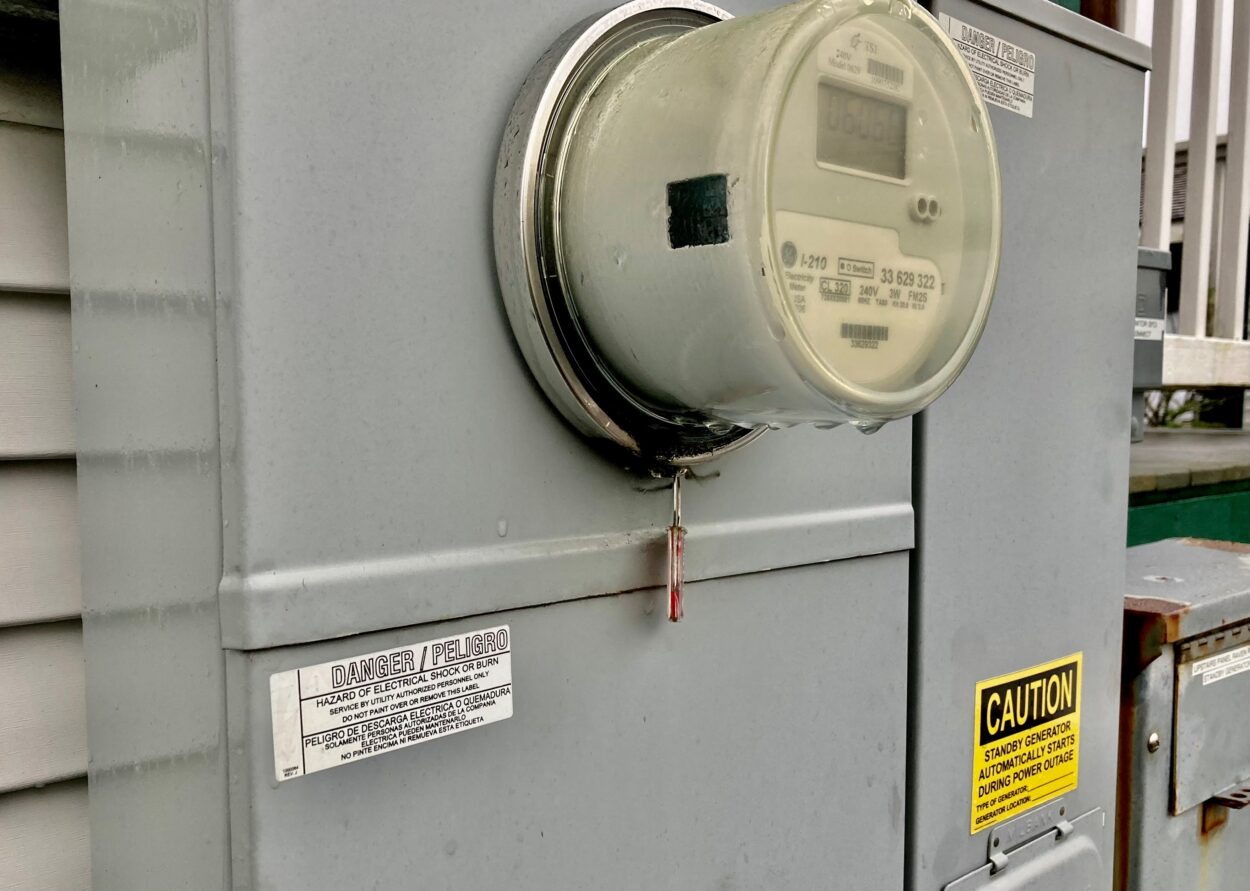 A Sitka business owner has been stealing power for years. Now he’s a felon, with a $150,000 bill to pay

A Sitka resident and charter operator has been convicted of power theft, and he will have to pay $150,000 in restitution and fines immediately, or face additional civil execution from the city.

Richard A. Forst, 59, pleaded guilty in Sitka Superior Court on January 31, 2022, to one count of 4th degree criminal mischief, a misdemeanor, and one count of 2nd degree larceny, a felony, for the theft of electricity from his home on Islander Drive and his wharf on Halibut Point Road – for at least the past seven years.

Forst was arrested and charged in 2019 after Sitka electrical service technicians noticed that the lockout seal had been removed from Forst’s electric meter and replaced with one not supplied by the utility. A big engine was audible in Forst’s garage. The service then removed the meter and found that two drop cables had been installed to divert electricity to the garage, bypassing the meter first. The main circuit breaker was opened and the motor inside the garage nevertheless continued to run.

Technicians later observed that the meter at Forst’s commercial property at Guckers Island Dock on Halibut Point Road had been similarly bypassed. The police were informed of the situation; they obtained a search warrant to investigate inside the buildings of both properties and found that the bypassed circuits were powering the refrigeration equipment. Based on the age of the equipment and further investigation of Forst’s electrical consumption, the department estimated the value of the electricity diverted over a period of several years to be approximately $200,000.

City Attorney Brian Hanson appeared at Forst’s plea change hearing to deliver a scathing victim impact statement on behalf of all ratepayers in the community.

“Sitka is not a cement building at the end of Lincoln Street,” Hanson told the court. “This is not a group of faceless bureaucrats. The City and Borough of Sitka has approximately 8,500 citizens: men, women and children who live, work, go to school and play in this community. They are also electric taxpayers in this community. Some live in poverty, many have low incomes and citizens implore our assembly to keep electricity rates as low as possible. Mr. Forst, you robbed these citizens and you robbed them for years.

Under the plea agreement, Forst must pay $144,925 in restitution to the town of Sitka and fines of $5,200. In an email to members of the town assembly, attorney Hanson wrote that “if Mr. Forst does not immediately pay the judgment, I will initiate civil execution”.

Superior Court Judge Jude Pate was also not conciliatory. He told Forst that if he hadn’t accepted the plea deal, he could have faced 1-3 years in prison for the original first-degree robbery charge and paid up to $100,000. fine. The original third-degree criminal mischief charge carried a jail term of up to two years and a $50,000 fine.

Judge Pate agreed with State’s Attorney Amy Fenske that when a reputable citizen, a successful business owner, abuses the system so flagrantly, something more damaging than simple theft happens. .

“The biggest and perhaps the longest term is, as attorney Fenske pointed out, tearing apart the social fabric,” Pate said. “And it’s just the lack of trust that these actions have caused, at a time when our society is already at odds about so many things. And you’re pouring that doubt, that mistrust into it by stealing. It causes citizens to not “trusting the government. It leads to citizens not trusting each other. It erodes our very community financially, sociologically and psychologically.”

Judge Pate offered Forst the opportunity to address the case in open court, but he declined.

“Mr. Forst, is there anything you would like to tell me before I decide what to do?” Pat asked. “You don’t have to talk. But if you want to talk, that’s the moment.

Justice Pate went on to observe that if the COVID pandemic had not intervened, this case likely would have gone to trial. As a result, public reaction to date has been “somewhat muted”.

In his remarks, Forst’s Juneau-based lawyer, August Petropulos, suggested that the whole question of Forst’s guilt would be moot if two as-yet-unread motions received a favorable ruling from the court: the first to dismiss the initial indictment, and the second to suppress the evidence in the case. Nonetheless, Petropulos said he was not there to plead and urged the court to accept the plea deal.

“We accept this deal,” Petropulos said. “I think it’s a fair compromise, given the two motions that have been filed. The fact that Mr. Forst has no previous convictions, and that this ensures that the city receives the $144,924. I would ask the court to accept it.

In addition to restitution and fines, Forst will serve two years of probation. He also agreed to perform 80 hours of community service.