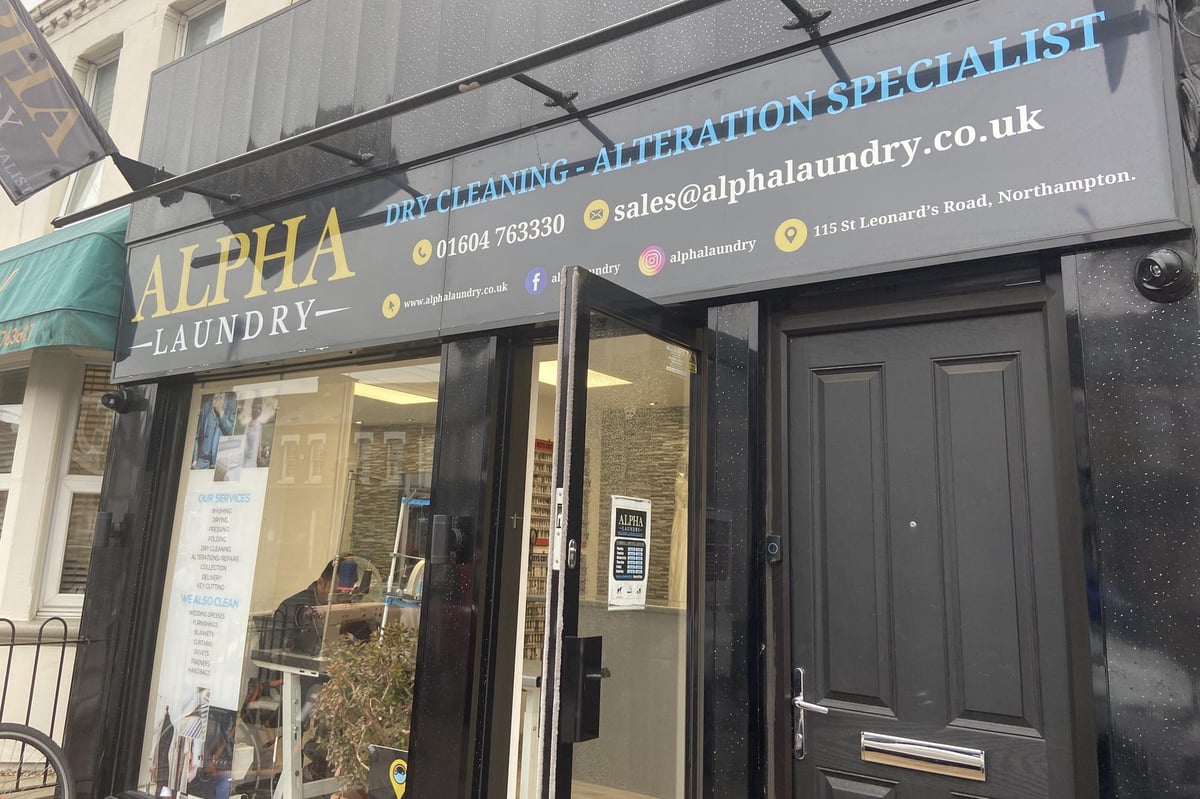 Back Our businesses: Business owners on St Leonards Road in Northampton remain optimistic despite uncertainty

Last Friday (October 14), Chronicle & Echo visited St Leonards Road to find out how business owners are being affected by the cost of living crisis.

After speaking to four businesses along the street, some of which have been around for more than a decade, it’s clear that the lack of certainty – on the part of the government – about what the future holds leaves them fearful.

Councilor Emma Roberts, who represents labor at Delapre & Rushmere, voiced her support for our Back Our Businesses campaign and came out to speak to business owners – located in her neighborhood.

Alpha Laundry owner Kunal Patel said: “When I look outside I think back to two years ago when I arrived – there was Nationwide, It’s a Gift, Super Sausage and now, one by one they leave.”

She said: “Many of these businesses are at the heart of the community – and also have their own homes and families.

“It was so humbling to hear from those we spoke to because even though they are worried and concerned about their future, they remain optimistic, hopeful and very grateful to their loyal customers.

“Running a business on this road, for many, has been the fulfillment of a lifetime.”

Cllr Roberts believes that “small business owners need certainty and commitment, and so do owners who own their buildings.”

After many costume stores have closed in recent years due to the rise of cheaper counterfeit goods online, Dazels owner Hazel Harris says she tries to be as optimistic as possible.

“We need to see more certainty and clarity from the government and fast,” she said.

The city councilor recalls the change she has seen on St Leonards Road, in particular the closure of Nationwide, and would like “to see a new local plan for the street, with the community at the heart of its writing”.

Cllr Roberts said: ‘What residents and businesses need is this community to be protected from overwhelming change.

Alpha Laundry, which has been located in St Leonards Road since April 2020, is owned by Kunal Patel.

Having traded in St Leonards Road for over 12 years, Cottonbuds Florist has a loyal following. However, Michelle Coleman, the company’s owner, says “people tend to only buy flowers for special occasions right now.”

Despite the rise in prices and its activity depending on the use of gas and electricity, it has refrained from raising its prices for the good of its customers.

Although he saw his gas and electricity bills skyrocket from £157 to £1,500 overnight when his former companies went bankrupt and were assigned another default company, Kunal said they “had no choice but to pay it”.

“I never give up and that’s what drives me,” the business owner said. “I don’t want to leave this place and I’m not even considering it, but this crisis is worrying.

“When I look outside I think back to two years ago when I arrived – there was Nationwide, It’s a Gift, Super Sausage and now, one by one, they’re leaving.

“I stay positive and resist the negative mindset. That’s the only thing I can do. We’re all in this together.”

Alpha Laundry has a “fantastic” clientele, some of whom travel between two and four hours to visit Northampton solely for their services.

However, with the competitiveness of laundry businesses, Kunal says he has had to start explaining and justifying his prices, and that he will “at some point have to explain how they absorbed all the costs themselves” until now.

Unlike Alpha Laundry who own the property, Dazels Fancy Dress Shop’s energy bills are included in the price they pay to rent – and they face just as much uncertainty about whether their rental prices will increase.

Hazel Harris, owner of the company, said: “The stock price increase has been a nightmare.

“I recently ordered stock at a certain price and they called me to say that each suit had gone up three pounds.

“The cost is based on how the dollar compares to the pound, and I wondered if they already had the suits in the warehouse before they raised the prices – as companies use the cost crisis of the life as an excuse to charge more.”

Back Our businesses: ‘Rising prices will kill us’, says St Giles’ Street business…

Although Hazel has successfully run the shop for more than 20 years, she still worries about the Halloween period before customers flock – and says she feels the same anticipation every year.

After many costume stores have closed over the past few years due to the rise of cheaper counterfeit products online, Hazel says she tries to be as optimistic as possible.

“I love my clients,” she said. “Some of the kids who used to shop with me when I first opened have come back to visit me as adults.”

Hazel ran the shop with her husband, who sadly passed away a few years ago, but her family helps out during busy times – including her daughter, who runs a hair salon a few doors down.

The florist relies on coolers and fans to keep flowers going, and the nail salon relies on good lighting to ensure its customers are happy – but cuts had to be made for both.

Businesses aren’t naive to the fact that buying flowers and getting their nails done are luxuries, and their businesses will be among the first to suffer with locals shooting at the belt.

Both have a loyal following, especially Cottonbuds Florist who have been trading on the high street for over 12 years. However, Michelle Coleman, owner of the florist, says “people tend to only buy flowers for special occasions right now.”

On the morning of our visit to St Leonards Road (October 14), Ha Tran, manager of SH Nails, told us that they had no customers for the first three hours of opening – which would never have been the case before the cost of life crisis sets in.

Although St Leonards Road business owners are unsure of what the future holds, they are doing all they can to cut costs and hope their loyal customers will see them through.