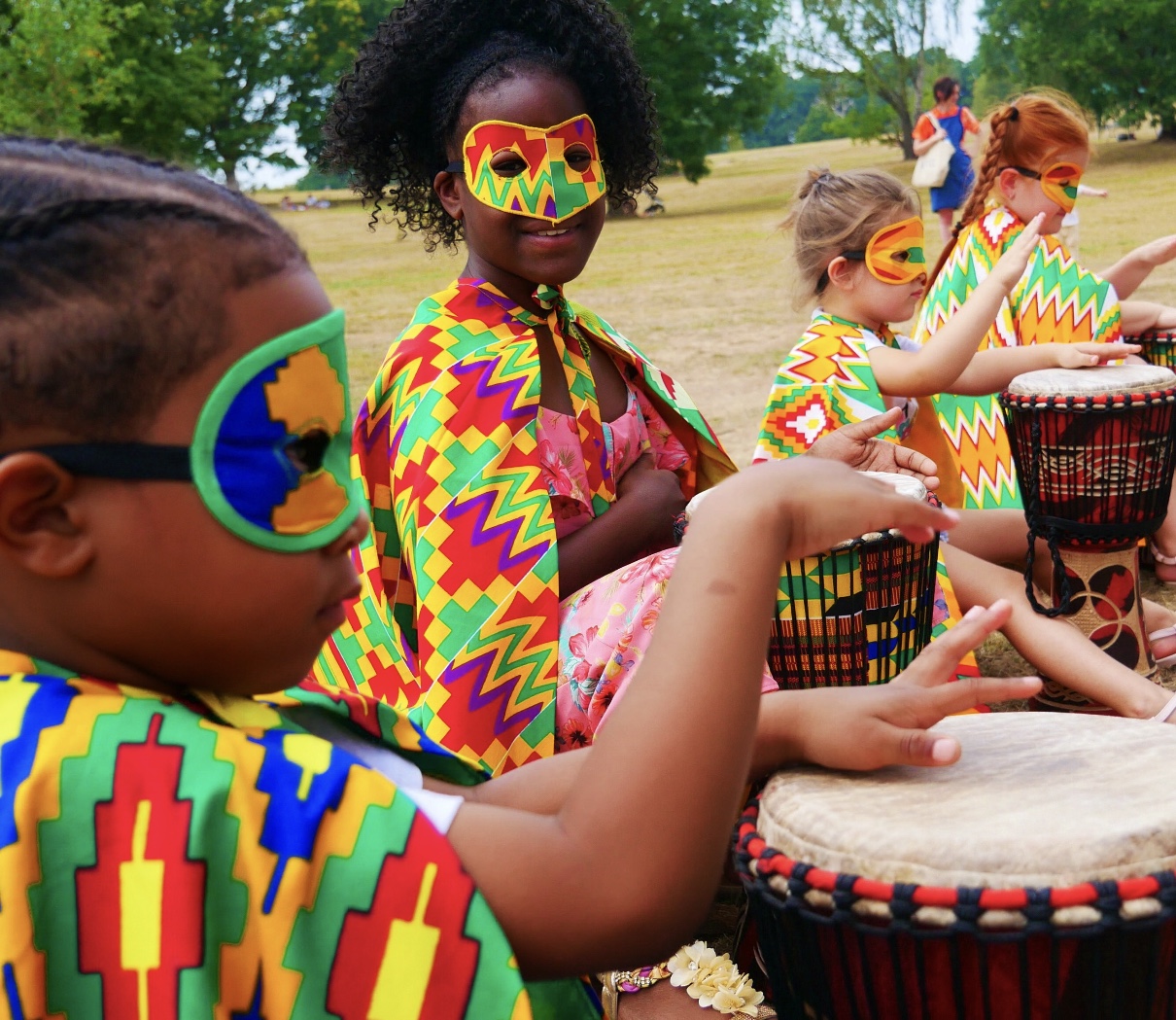 A BLACK entrepreneur has won a trademark battle against fashion giant Mango.

Catherine Boakye, 52, is the founder of Mangotree Kids, an African-themed drumming workshop and educational resource company dedicated to providing black children with positive portrayals of their heritage.

Ms. Boakye has started the process of filing her trademark company name and logo in August 2020, after activity increased significantly during the lockdown.

But in December 2020, the fashion giant opposed her trademark application, which left the mother-of-two from Croydon, south London, no choice but to fight back.

Talk to The voiceshe said, “I couldn’t believe they challenged because our brands are worlds apart.

“Mine is about empowering our kids about their culture and they’re a fashion brand and I don’t pass on their market.”

Ms Boakye admits she was initially ‘intimidated’ because Mango is ‘a huge company’ but said her company had so many unique selling points which helped her believe she had an affair.

For the past 17 months, she has been in a trademark battle with the retail fashion giant.

Mrs Boakye said The voiceshe contacted Mango through her lawyer on several occasions to reach an amicable agreement, but they did not respond to her.

She said that at the end of 2021, the retail company’s legal representatives contacted her with their suggested terms, which Ms Boakye said would have prevented her business from “growing”.

She said, “They wanted to limit me to doing traditional and cultural costumes, which I did, but the whole idea of ​​dropping it off was so I could grow the business and grow.”

In March this year, her trademark case was heard and on March 22, Ms. Boakye was informed that she had won her case in full and was now free to register a trademark for her business and expand what she had always envisioned.

“I’ve decided not to settle down and my win means I’m free to grow the brand as I wish,” she added.

She said she was inundated with messages of support and prayers from the black community telling her not to give up.

She said: “The words of encouragement from the community and my family kept me going and I’m so grateful for all of their support.”

Ms Boakye is of Ghanaian descent and decided to launch her brand after noticing a lack of African-themed products for children in 2001.

She juggled raising her children with a demanding job at British Airways, which allowed her to travel the world, and she was always bringing back cultural items for her son to take to school.

When Ms. Boakye set up Mangotree Kids, her main target market was nurseries and schools, as she wanted to “make an impact” on children’s learning, by providing quality toys and educational resources, which enabled young black children to have a greater sense of pride in themselves.

But due to the pandemic and several nationwide lockdowns, she had to adapt quickly to school and nursery closures.

For Ms. Boakye, it was the first time she could devote all her time to her business.

She said: “With the death of George Floyd, people started looking at what was important to them.

“I really believe there was a conscious awakening within our community, because the Black Pound organization came into being and people just wanted to buy black.

“They were looking for us eagerly.”

“I noticed that even though I wasn’t getting the job because the schools were closed, I was now reaching the people I really wanted to reach and that was the general public and the black community,” he said. she adds.

During the pandemic, Ms. Boakye’s business grew rapidly and she knew she had to register her trademark in order to protect it in the future.

She said: “I started my business, Mangotree Kids, in 2001, and when I did my research, Mango Kids started in 2008, so I was already ahead of them.

“My company was registered in 2001, but it was just a trademark that wasn’t.”

Mrs Boakye said The voiceshe spent 20 years building her business from the ground up and was ready to take on the fashion giant to secure her business and her legacy.

“I’ve been running this business for twenty years and it’s like my third child because I’m so passionate about what I do and I really believe in it,” she said.

Ms Boakye wants her story to inspire other black entrepreneurs and small business owners to “believe in their businesses”.

She added, “You have to be brave enough and believe in what you’re doing and make sure you put your mark on it from the start.

“If you believe in your brand and find yourself in a situation like mine, don’t be intimidated by the big names, fight it.”

Ms Boakye is now focusing on the next phase of her business, which includes expanding her African-themed parties and creating an all-new line of clothing.