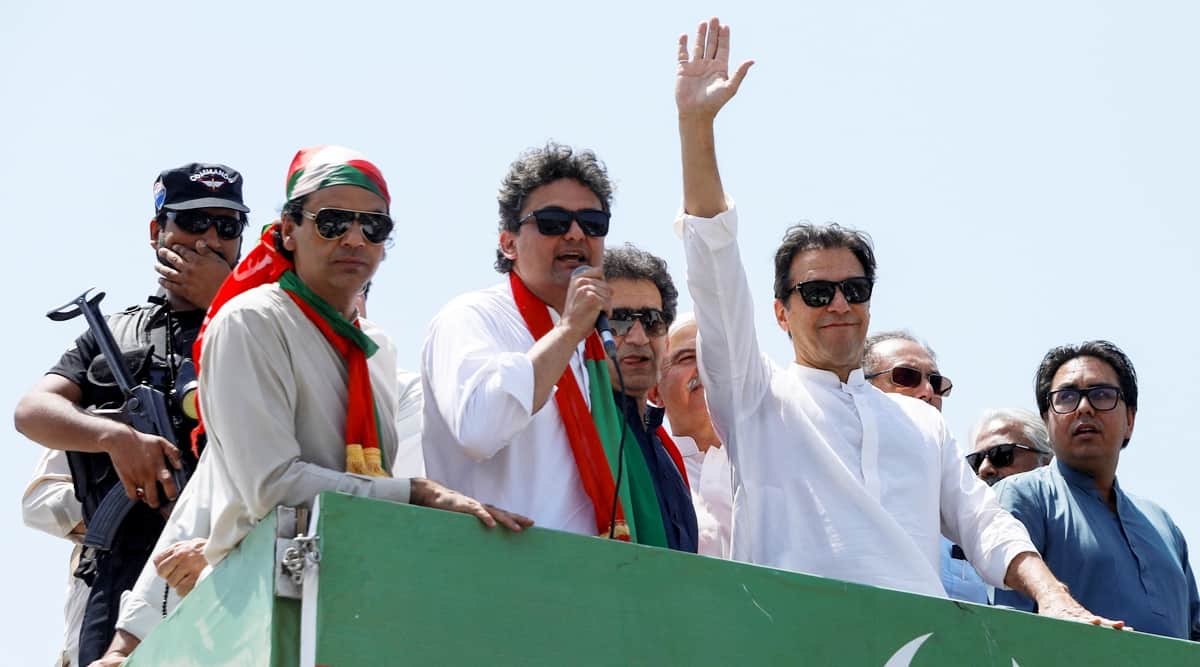 A UK-based Pakistani businessman, who faces US embezzlement charges, provided foreign funding to former Pakistani Prime Minister Imran Khan’s party by hosting private cricket matches , reported the Financial Times. The daily reports that Khan’s party, Pakistan Tehreek-e-Insaf, has also received funding from a UAE minister who is a member of the royal family.

Pakistani businessman Arif Naqvi, 62, founder of the Dubai-based Abraaj Group, was indicted in the United States in 2019 for embezzling funds from the Gates Foundation and other investors, intended for the construction of hospitals in Asia and Africa. Arrested at Heathrow Airport in London in April 2019, Naqvi is “effectively under house arrest”. He faces 291 years in prison if convicted of the US charges. His appeal against extradition to the United States is expected to be concluded later this year.

The revelations may be damaging for Khan, who casts himself as an anti-corruption crusader against established family-run political parties in Pakistan. The case is being investigated by the Pakistan Election Commission.

According to the report, Naqvi chaired the ‘Wootton T20 Cup’ from 2010 to 2012 – the main event was a cricket match between groups with made-up names – which was used to raise between 2,000 and 2,500 pounds from guests for unspecified “philanthropic causes”. ”.

“It’s the type of charity fundraising that happens every summer in the UK. What makes it unusual is that the ultimate benefactor was a political party in Pakistan. The fees were paid to Wootton Cricket Ltd, which, despite its name, was a company incorporated in the Cayman Islands and owned by Naqvi, and the money was used to fund Pakistan Tehreek-e-Insaf, Khan’s political party” , reports the Financial Times. said.

“Pakistan prohibits foreign nationals and companies from funding political parties, but Abraaj’s emails and internal documents seen by the Financial Times, including a bank statement covering the period February 28 to May 30, 2013 for an account Wootton Cricket in the United Arab Emirates, shows that companies and foreign nationals as well as Pakistani citizens sent millions of dollars to Wootton Cricket – before the money was transferred from the account in Pakistan for the PTI,” the report states. .

Khan, a World Cup-winning captain, stood before Pakistan’s 2013 general election as an anti-corruption crusader and his party became the third largest in the National Assembly.

The Pakistan Election Commission has been investigating the funding of the PTI for several years. According to the report, the investigation follows a complaint filed by Akbar S Babar, who helped establish the PTI, in December 2014.

The Financial Times report said that in January, the Pakistan Election Commission’s Oversight Committee released a damning report in which it said the PTI received funds from foreign nationals and companies and accused it of under-reporting. declare funds and conceal dozens of bank accounts.

“Wootton Cricket was named in the report, but Naqvi was not identified as its owner…Wootton Cricket’s bank statement shows it received $1.3 million on March 14, 2013 from Abraaj Investment Management Ltd, the fund management unit of Naqvi’s private equity firm, increasing the account’s previous balance by $5,431. Later the same day, $1.3 million was transferred directly from the account to a PTI bank account in Pakistan. Abraaj charged the cost to a holding company through which he controlled K-Electric, the electricity provider for Karachi, Pakistan’s largest city,” the report said.

An additional $2 million was paid into the Wootton Cricket account in April 2013 by Sheikh Nahyan bin Mubarak al-Nahyan, a member of the Abu Dhabi royal house, minister and chairman of Bank Alfalah of Pakistan, according to The report.

The report states that Imran Khan visited Wootton Place in 2002. In a written response to questions from the British newspaper, the former cricketer said he left for “a fundraising event which was attended by attended by many supporters of the PTI”. Khan said neither he nor his party were aware that Abraaj provided $1.3 million through Wootton Cricket.

“Arif Naqvi also made a statement which was filed with the electoral commission, which has not been denied by anyone, that the money came from donations at a cricket match and that the money he had collected had been sent through his company Wootton Cricket,” Khan wrote. He said he was waiting for the investigation report from the Electoral Commission. “It will not be appropriate to prejudge the PTI,” he said.

Productivity and focus need to improve