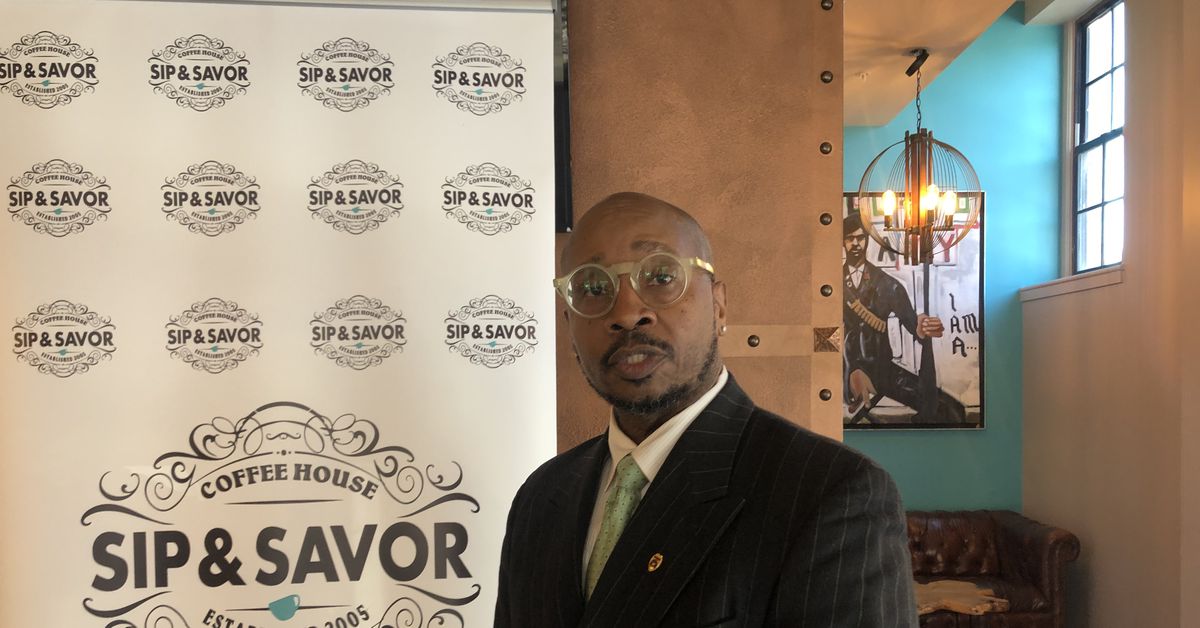 That was before the pandemic, said Pugh, founder and CEO of Sip & Savor Hospitality Group Inc. The company has four cafes: two in the Bronzeville neighborhood, one in Hyde Park and a fourth in the southern suburb of Matteson.

“Are you talking about something that is difficult? It’s hard to square,” Pugh said, speaking inside his store on East 47th Street on Thursday.

Pugh said he was indebted to a state grant he received last year through Illinois’ Back to Business program. He declined to say how much state money he received.

Governor JB Pritzker was on hand at Cafe Pugh to celebrate the release to date of approximately $111 million in grants for the state’s small businesses hardest hit by the pandemic. Much of the $250 million total targets minority-owned businesses.

“The government has stood by small business owners, and they deserve it,” Pritzker said. “They are the cornerstone of our economy, economic growth and jobs.”

Pugh said the state money was useful for a variety of things, but mostly so he wouldn’t have to lay off one of his 20 employees. He also said he had to get creative to keep his doors open in difficult times.

“You have to be able to pivot,” Pugh said. “I’ve used my space for other businesses for pop-ups that don’t have brick and mortar. I rent out the space for birthday parties, baby showers, and weddings.”