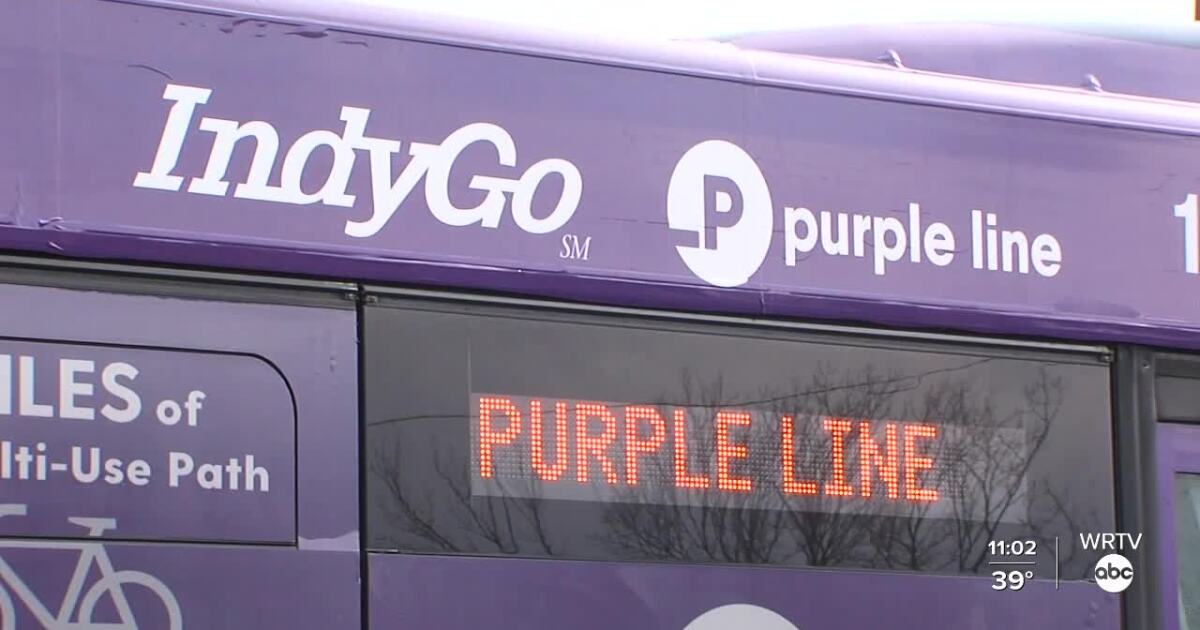 INDIANAPOLIS — IndyGo workers will block roads starting Thursday for construction of the new Purple Line, which will connect downtown Indianapolis to Lawrence when complete.

For ten days, 38th Street will be closed in both directions between Fall Creek Parkway and Orchard Avenue. This will close eastbound traffic from Fall Creek to Keystone for 130 days. Diversions will be in place for both closures.

“We are looking at temporary headaches over the next two years as we carry out the construction of the Purple Line. But it’s going to give a lifetime of happiness when you talk about what it’s going to mean for this very vulnerable community,” said IndyGo spokeswoman Carrie Black.

Nearby business owners have expressed concern over the construction, particularly Bashar Hugais, owner of Phyre Smokes on 38th Street and Keystone Avenue.

Hugais just opened on Sunday, and its grand opening on Thursday coincides with the first day of road closures.

“Every day I feel like business is going up, but obviously with the road closures it’s slowing us down a bit,” he said. “With construction going on, it’s kind of hard for people to stop, you know?”

Black said the end result would be worth it, especially for residents of the Far East.

Hugais also sees potential in the familiar shadow of building barriers, although it’s a headache for now.

“It doesn’t matter where you live in Indianapolis, whether you take the bus or not, this is great news for our city,” she said.

Fly fishing: more than a hobby