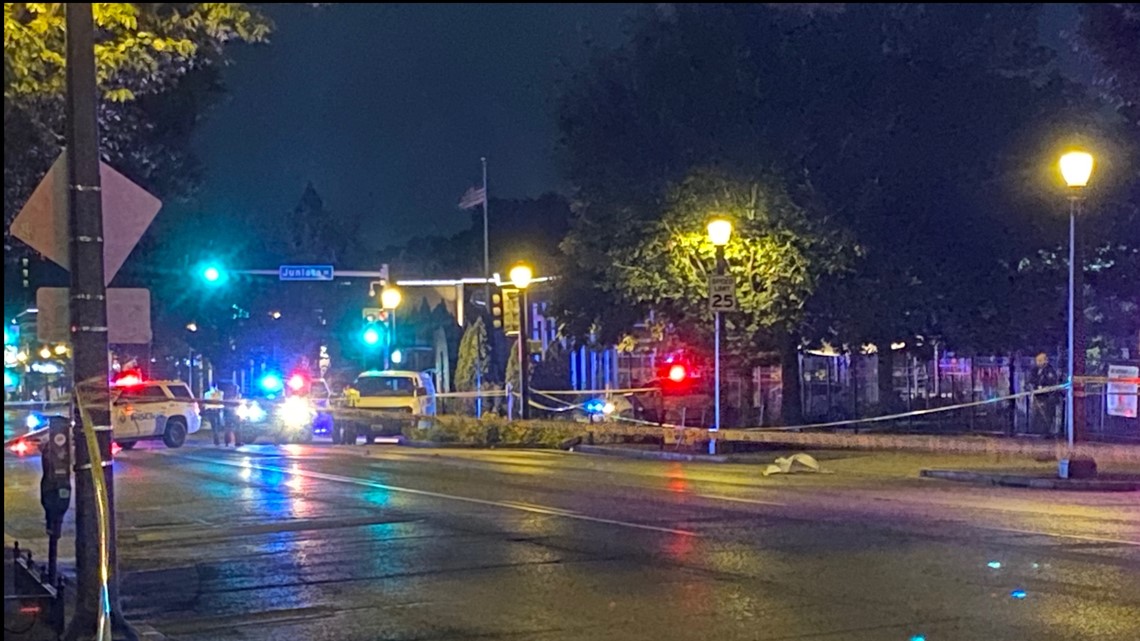 South Grand Community Improvement District Chairperson Natasha Bahrami said that in the past 6 months, 370 accidents have occurred in South Grand.

ST. LOUIS — St. Louis police are looking for the car that hit and killed a pedestrian in South City.

It happened on South Grand near Juniata just after 9:00 p.m. Friday.

Witnesses said the SUV ran the red light, hit the man at the crosswalk and drove off.

Business owners along South Grand said reckless driving is a major problem in their community.

It’s something they’ve been asking the city and the police for help with for the past three years.

South Grand Community Improvement District Chair Natasha Bahrami said they just hope they can fix this before someone loses their life.

“We have no consequences for what is happening right now,” she said.

A family movie night was cut short on Friday, July 15, after a pedestrian was hit by a car running a red light, according to Bahrami.

“Last night we had a tragic event that could have been avoided here at South Grand,” she said.

RELATED: A man died after a hit-and-run near Grand and Juniata on Friday night

Local business owner Danni Eickenhorst said that as the film began, she heard a thud.

“Immediately, as a mother, your brain goes to a million places, all the worst places and I thought calm down, this isn’t what you think it was, and pretty quickly the screams started,” she said.

Once she realized there was nothing else they could do, Eickenhorst was heartbroken because she’s been down this road before.

“Since we moved to South Grand, it’s been a recurring problem, reckless driving. Nine out of 10 crashes on our street are with uninsured drivers,” she said.

This is just the beginning.

According to Bahrami, in the past six months, 370 accidents have occurred in South Grand between Tower Grove East and Tower Grove South.

“The numbers are extreme, but I’m here every day, and that’s no surprise to me,” she said.

Bahrami said people running red lights and driving almost double the speed limit was something she often saw outside her restaurant.

“If there are no consequences for irresponsible driving, there’s nothing stopping them from doing it again,” she said.

As the issue continues to impact the safety of their community, the two business owners are pleading for help from those in power.

“We have to come together to find a solution to this,” Bahrami said.

Eickenhorst also added that two people came to the scene on Friday, saying they were both shot at that same intersection.