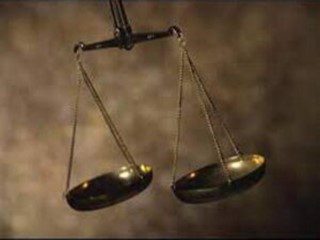 The Trinidad-based Caribbean Court of Justice (CCJ) has ruled that Guyana’s Director of Public Prosecutions (DPP), Shalimar Ali-Hack, does not have the power to order a magistrate to commit an accused to trial.

Guyanese-American businessman Marcus Bisram had appealed the Guyana Court of Appeal’s ruling that he was on trial for the 2016 murder of Faiyaz Narinedatt, a 27-year-old father of two who was killed on November 1, 2016. Narinedatt’s death was originally reported to be the result of a hit-and-run accident.

Bisram, who holds dual citizenship, was extradited from the United States of America on November 21, 2019. He was charged with murder hours after his extradition.

His lawyer, Darshan Ramdhanie, QC, had asked the CCJ, the highest and final court in the land, to strike down section 72(1) and (2)(ii)(b) of the Criminal Law Act (procedure) which empowers the DPP to order a magistrate to commit an accused for trial in circumstances where the magistrate, after conducting a preliminary inquiry (PI), releases that accused.

CCJ Chairman Judge Adrian Saunders, who delivered the ruling, however, said there was nothing stopping the DPP from re-arresting and charging Bisram if new evidence is found.

“The Court also found that it would be unfair, in all the circumstances, for Bisram to be forced to answer any murder charges in this case on the same evidence as presented to the magistrate. However, because Bisram, at least in terms of the law, was never endangered, there is nothing stopping the DPP from having him arrested and charged again if new evidence is obtained linking him to the alleged murder,” Judge Saunders said.

The CCJ also said that Section 72 of the Criminal Law (Procedure) Act violates the separation of powers and is also inconsistent with Sections 122A and 144 of the Constitution.

The CCJ said that if the DPP wants to order a magistrate in the future to commit any defendants to trial, the DPP will first have to go to the High Court.

“Until the National Assembly has made the appropriate arrangements, [Section] 72 is amended to remove the provisions allowing the DPP to direct the magistrate. Instead, a DPP aggrieved by the release of a defendant by a magistrate after the entirety of the proceedings before a PI, may apply ex parte to a Supreme Court judge to order that the released person be arrested and incarcerated, if the judge is of the opinion that the documents submitted to the judge justified such a course of action,” said Judge Saunders.

In June 2021, the CCJ ordered that Bisram be released from prison until his appeal is heard and decided. He also had to confiscate his passport and report to the police weekly until the appeal was decided.

Following the decision, the Chief Justice ordered that Bisram’s passport be returned to him.

On May 31, 2021, the Court of Appeal granted an order filed by the DPP and overturned the orders made by High Court Judge Simone Morris-Ramlall, who had ruled that Bisram’s imprisonment was unlawful and had ordered his release.

At a preliminary hearing in 2020, Magistrate Renita Singh initially freed Bisram after finding evidence given by the prosecution’s star witness was “unreliable” under cross-examination. However, the DPP ordered the magistrate to return Bisram to the High Court to stand trial on the indictment.

We’re all in the business of relationships