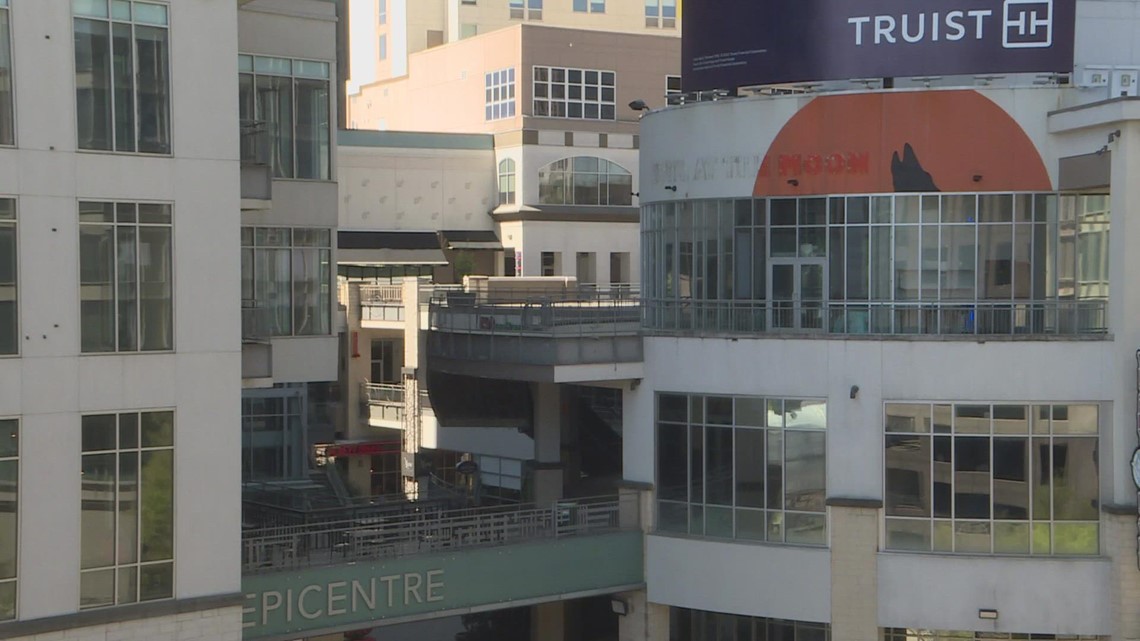 The owner of Tailored Smoke, a cigar lounge in the struggling Epicenter, says the property’s upcoming auction could be a boon for businesses looking to expand.

CHARLOTTE, NC — The owner of a business in the near-deserted epicenter of Charlotte says he’s optimistic the property’s new owners will work with existing businesses to help them thrive in Uptown.

The Epicenter will go up for auction in just over a week on July 26, more than two months after the sale was postponed.

Preston Gray, the owner of the Tailored Smoke cigar lounge, said people forget there are still businesses operating in the once-popular entertainment complex.

“I’m confident traffic will pick up. There will be new businesses here again, and I want to be a part of that,” Gray said. “I’ve worked really hard to get here and I just don’t want to give up.”

Epicenter’s future had been up in the air for months before the auction was announced. WCNC Charlotte has learned the venue is in receivership after the owner failed to repay an $85 million loan. The new owner will take the property as is, with some repairs needed.

The Epicenter was opened in 2008, conveniently located near the Spectrum Center and public transportation with the Charlotte Area Transit System (CATS). While it’s become a popular nightlife spot, the center has been hit hard by the COVID-19 pandemic, including a scaled-back 2020 Republican National Convention and struggling businesses.

It was once the backbone of Uptown’s social scene. Some Charlotte residents will tell you back then, it was different. Nowit is as faded as the color smeared along the sides of the building.

In 2019, changes were proposed, including converting parts of the property that were once bars and restaurants into offices and retail space. The changes were launched after several violent incidents in Uptown.

Lexi Wilson will have a full report on the impending sale of the Epicenter and the future of existing businesses in the complex on WCNC Charlotte News at 6 p.m.