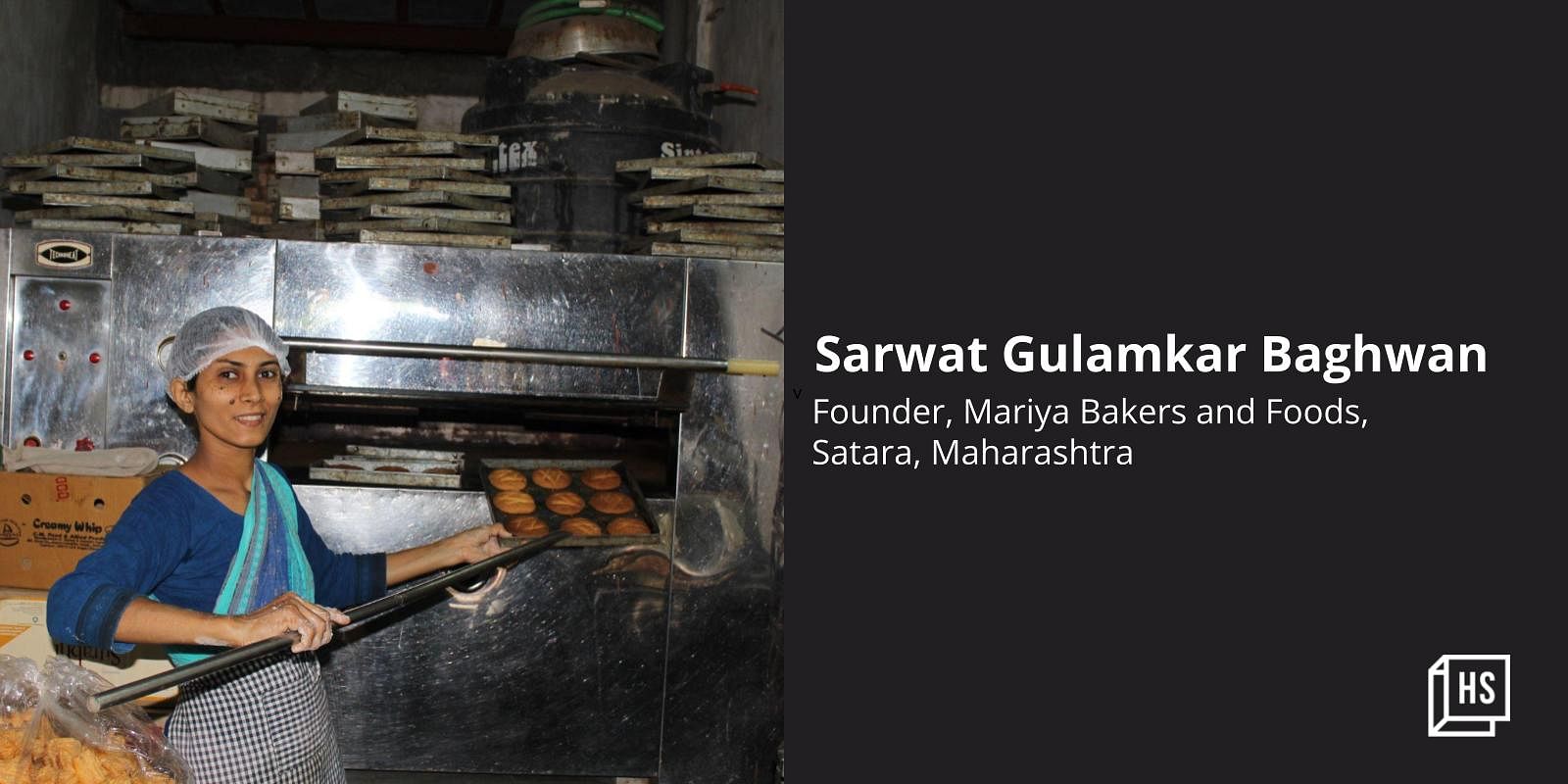 Coming out of an abusive marriage, this female entrepreneur from Satara launched a bakery

Almost a third of Indian women experience physical or sexual violence, according to a report by the National Family Health Survey-5 (NFHS-5). While domestic violence against women has decreased from 31.2% to 29.3% in the country, almost 30% of women between the ages of 18 and 49 have experienced physical violence, the report further states.

What is surprising, however, is that of the 30%, only 14% of women were able to muster up the courage to report the violence against them.

Although he never worked, Sarwat Gulamkar Baghwan of Satara, Maharashtra decided to take this first step.

In the early 2000s, Sarwat emerged from an abusive relationship, and now she is the proud owner of a thriving bakery business, Mariya Bakers and Foods, in Satara, Maharashtra.

“After my marriage, things did not go as I had planned. When I had a daughter, things got worse and I decided to go back to my parents. But I had no money or savings to raise her, and I felt stuck on what to do,” says Sarwat. His history.

Struggling due to his underprivileged background, Sarwat decided to start by helping his father in his food business, delivering homemade meals to different shops.

However, when his father suffered a heart attack, the business came to a halt and it was back to square one for Sarwat.

During this difficult time, Sarwat’s maternal uncle, who ran a bakery business, stepped in and encouraged her to up her skills to start her own business.

“My uncle gave me a new perspective. He said that although my parents always sold products made by other people, I could make my own food products and sell them. That way I would earn more. It got me excited,” reveals Sarwat, who quickly learned how to do nankhatai, also known as traditional Indian shortbread biskoot!

The first few days were tough, and Sarwat admits he got the perfect nankhatai took him time and weeks of practice.

“Sometimes I forgot the soda, sometimes the sugar! I overcooked them several times, and all of this resulted in monetary loss for me because I had to keep buying the raw materials. But I never gave up hope and knew that with practice I would get good at it,” Sarwat recalls.

After taking out small loans from different financiers to build her bakery, Sarwat started Mariya Bakers and Foods in 2004. She says it took her time to develop her bakery kitchen, but she made sure to reinvest high season profits to buy a brand new oven, attack kneader and a chopper.

“These machines have saved me time and improved my efficiency,” she says.

Although Mariya Bakers and Foods sells various types of cookies, rusks, biscuits, puff pastries and other baked goods, the bakery’s piece de resistance is its nankhataiof which he makes almost 15-20 kg per day.

The nankhatai, she says, is a favorite among locals who buy it for their loved ones living abroad.

After struggling to bake cookies, Sarwat is now an expert baker who loves the art of baking cakes.

Now, Mariya Bakers sells over 20 products, and according to its proud owner, the bakery earns just over Rs 1 lakh per month on average. Sarwat has employed five other women, and although her journey has not been smooth, she says it has been worth it.

Sarwat’s entrepreneurial journey has been aided by the Mann Deshi Foundation and GIS’s Her&Now project. The organizations helped her obtain MSME and FSSAI licenses. They also trained her on how to operate a business account on Facebook and the basics of starting an online business.

Four years ago, Sarwat’s profits from her business helped her renovate her bakery, but now she plans to turn her bakery into a café selling fast food.

“I have a lot of plans for the future and I want to make Mariya Bakers a brand to be reckoned with,” she says.

Sarwat’s daughter, now 19, is studying to become a homeopathic doctor. For Sarwat, who was abhorred for giving birth to a daughter, getting out of this unacceptable situation turned out to be the first step to reclaiming her and her daughter’s life.