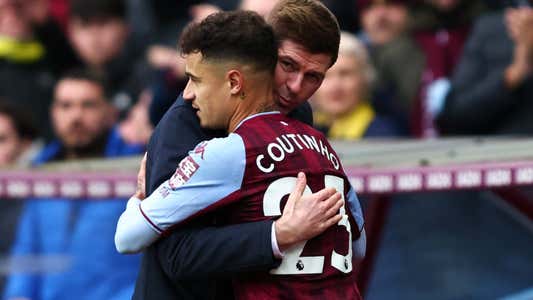 Aston Villa midfielder Philippe Coutinho has opened up on the “beautiful story” he experienced at Liverpool and spoke of the “painful” period that followed at Barcelona.

The 29-year-old has defied criticism to regain his place in the Brazil national team ahead of the 2022 World Cup in Qatar, finding his club form at Aston Villa under former team-mate Steven Gerrard.

Coutinho has now spoken about his unusual career path from Anfield to Villa Park.

“I have a great story at Liverpool, I was happy there, now I’m starting to write a story at Aston Villa,” Coutinho said Globo Sports. “I’m happy to be able to play well in England again, like I played in Italy, Spain and Germany.

“It’s hard to say what went wrong at Barca. I had a good time there, but the streak and the way of acting were factors that could have been different.”

“It was time to move forward, always with great respect and professionalism. I am grateful to Barcelona for believing in my work and I am grateful for defending a club with a lot of history.”

Of his injuries at Camp Nou, he said: “People have no idea how painful it is, how focused you have to be to recover. I did treatment in the morning, the afternoon and sometimes even at night.

Coutinho is delighted to be back with the Selecao as they attempt to complete an unbeaten CONMEBOL qualifying leg.

“Today I can happily say that this difficult time is behind me,” he said. “Tite’s committee is very professional and qualified, always trying to be very fair with everyone in the group and I feel respected within the group.

“All members involved in the process have been very attentive and professional with my recovery.

“I have always felt comfortable in the Brazilian national team and their attention to me is something that has motivated me even more to want new achievements with this shirt.”

Meet B Ravi Pillai, the first Indian businessman to own a Rs 100 crore Airbus helicopter