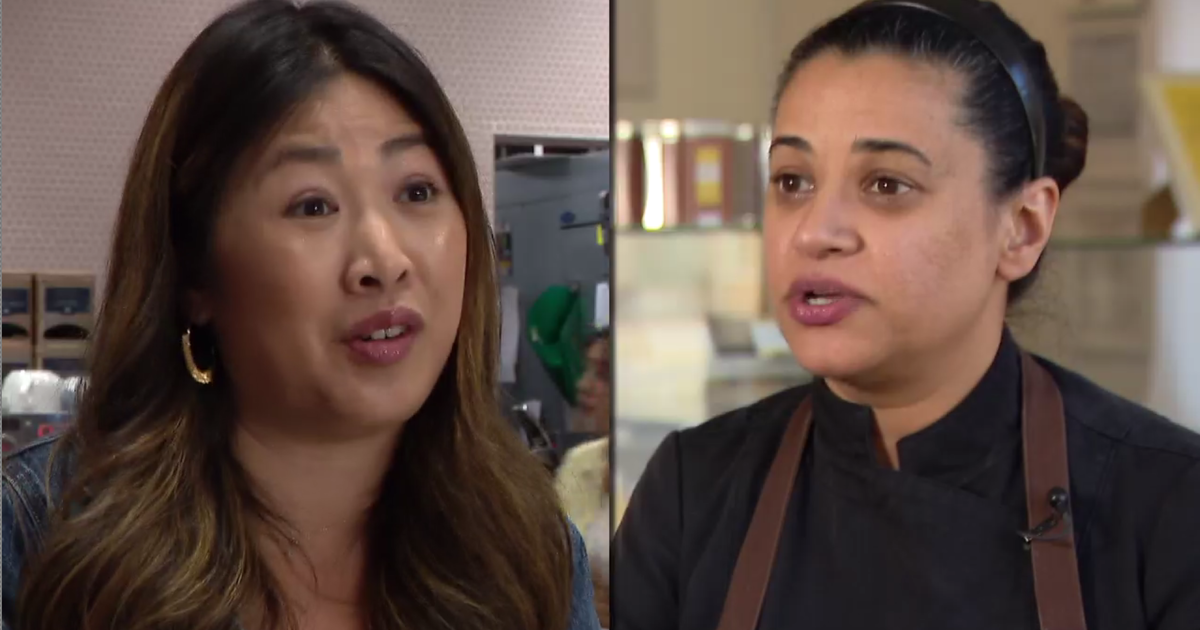 CHICAGO (CBS) – Crime, security and a lack of police patrols have all been singled out as reasons why some Chicago small business owners say they’ve had enough and are preparing to move.

As CBS 2 political investigator Dana Kozlov reported, one of those landlords has a long history downtown. She owns Sugar Bliss, at 122 S. Wabash Ave. in the Palmer House Hilton building, which has been in operation for over a decade.

But after someone vandalized her store and tried to steal a handbag while she was in the store last week, she thinks about her future in Chicago – and she’s not alone.

Ging said the stress replaced the joy of working in her cupcake and cookie display case. Incidents like the one that happened last Friday are the cause.

“He entered through the front door of our store and then walked to the cash register,” Ging said.

It happened in broad daylight at 10:20 a.m. Friday. The man was later caught on security camera as he ransacked part of his shop – then tried to steal a handbag on his way out.

This all happened while Ging was hosting a Women in Business networking meeting.

Ging called the police. They arrived 40 minutes later. She then emailed Mayor Lori Lightfoot, Ald. Brendan Reilly (42nd) and others.

Ging is excited. The same goes for Uzma Sharif, the owner of Chocolat Uzma, at 1900 S. Halsted St. in the community of Pilsen.

“We can’t live like this. The city has become – I won’t even say, Gotham City is a bit better, because you have Batman,” Sharif said. “Hey, you don’t have Batman – you know what I mean?”

After nine years in Pilsen, a burglary in 2021 and a friend’s carjacking a few blocks away, Sharif is closing his retail store in late September and moving it to the suburbs.

The suburbs, she said, are “where they have well-funded police departments and where they want our stuff. It will be DuPage or Will County.”

Ging does something similar. While a long-term lease will keep her store in the Loop going for several years, she now needs a new manufacturer for her prepackaged cookies.

“When I start calling co-packers, it’s not in Chicago anymore — it’s outside of Chicago,” she said.

Ging and Sharif feel that city leaders don’t pay enough attention to the safety of small businesses. Add to that list a shortage of police officers and a year-on-year increase in most crimes, and they feel they have no other choice.

Kozlov: “So you really think going out of town in terms of retail is your only option.”

Sharif: “Unless I hire a 24/7 security guard to stand outside my door, that’s my only option.”

Kozlov looked at the stats — and while some crimes like murder are down citywide, thefts, burglaries, robberies and carjackings are up.

Ging and Sharriff say these numbers are even more critical when you consider that the majority of small business owners are women.

Dana Kozlov is an Emmy Award-winning political investigative reporter for CBS2 Chicago. Before joining the station in 2003, she worked at WGN, CNN Chicago and WEEK-TV in Peoria, where she began her career as a journalist in 1992.

JCC students explain why they chose the college route