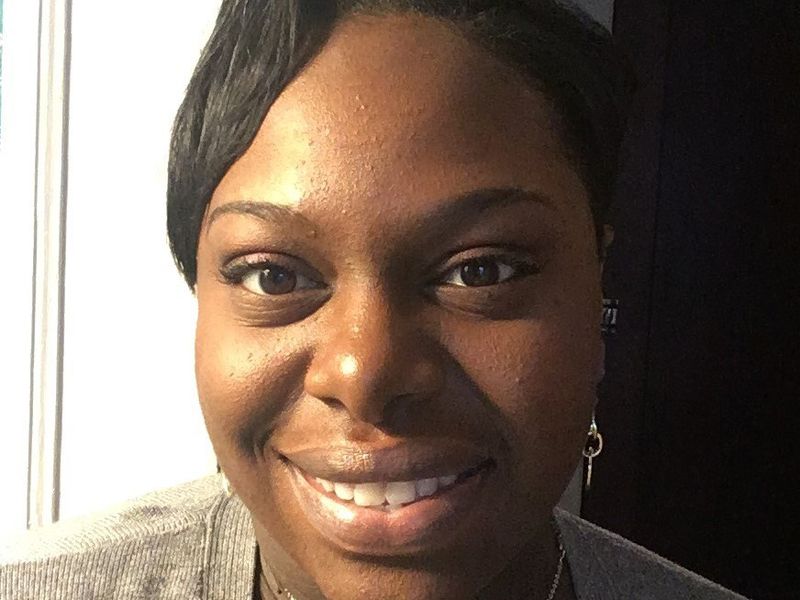 Chantell Hargrave spotted The Corner during a 2020 visit to the Van Aken district, the mixed-use hub of Shaker Heights. She realized that the shelf-lined section of the neighborhood’s Market Hall shopping area devoted to goods by local artists and manufacturers could provide an outlet for her new business. She had just started sewing cotton bags and stuffing them with linen or rice which is heated or cooled for self-care.

A year later, Hargrave sold hundreds of aromatic tissue packets and added another source of income during the pandemic.

And Hargrave is not alone. The Warrensville Heights resident’s shopping trip earned her company, SC Care, a place in an entrepreneurship program initiated by RMS Investment Group, the developer of the Shaker Heights-based project, designed to provide similar representation to the composition of the suburbs among its traders, restaurateurs and clientele.

So far, Van Aken’s umbrella entrepreneurship program has enabled 85 participants to sell products in the district.

Of these, 29 are black, 12 are minority (non-black) and 76 are women. In addition to rotating shelves in The Corner, entrepreneurs can operate two kiosks, and a food court has been dedicated this year to Ellie-May’s Gourmet cookies. Operated by Ivy Lee, the biscuit factory occupies space for a food incubator.

Jason Russell, Ward Director for the Van Aken District, summed up the diversity results by saying, â€œThat’s good. Could be better. I’m proud of it.

Russell said that when RMS hired him to run Van Aken’s office and retail operations (the apartments are managed by the NRP group of Cleveland), he was told he would have to find a way to increase the diversity of rentals for the center.

As RMS and Russell, who is black and has a background in commercial real estate and town planning, leased retail space in the center before it opened in 2019, they found too few people with diverse backgrounds among the potential tenants. . Ultimately, they took a basic approach to helping people grow their own businesses to diversify the tenant list. The result was the entrepreneurship program.

The Corner is reminiscent of a town in the 1960s where local businesses and artisans can sell their products. This means that local jewelers, bakers, candle makers, t-shirt designers, and photographers have an outlet alongside other local and national tenants in the neighborhood.

â€œThis is our farming team,â€ said Russell. To help continue the initiative, he recruited two Lakewood small business owners he had known from a stint as a Lakewood town planner, Dave Willett and Steve Semeka, who operate STEM Handmade Soap at a store in the Birdtown area. of Lakewood. Both artisans and soap dealers have extensive retail experience. After studying various alternatives and artisans’ collectives in northeast Ohio and other areas with Russell, the duo agreed to undertake the operation of a retail space under the moniker of The Corner.

Entrepreneurs who sign up for the program get a shelf for at least a month at The Corner in exchange for taking turns operating the store.

It’s not free. Participants pay 30% of their earnings for access. On the other hand, they have the advantage of working with the Urban League’s Small Business Development Center to help them refine their business plan. Participants also benefit from Van Aken District’s marketing programs, from its website to its social media on Facebook and Instagram.

When Van Aken launched the call for applications, he received over 140. Russell said RMS decided to process the first 40 in order to achieve the real goal of getting the store up and running.

Today, around 20 entrepreneurs are participating in The Corner at any given time. The are drawn from about 80 participants called “the community” by Willett in an interview.

â€œThe timing (in the summer of 2020) was right,â€ Willett said, as the main venue for many small businesses, local weekend markets such as arts and crafts shows, have been closed. during the first part of the pandemic.

The Corner vendors reflect decision makers and entrepreneurs at various stages of their businesses.

In Willett’s view, the diversity angle has taken care of itself, thanks to the nationally known diversity that is associated with Shaker Heights, as well as word of mouth among exhibitors.

The fact that attendees take turns at The Corner was designed to differentiate it from consignment stores.

â€œIt’s different than putting things on a shelf and crossing your fingers and hoping they will sell,â€ Willett said. “When the business owner is there, he displays his products separately and can interact with buyers. It’s more like a small shop where the owner can share his passion for his product with potential customers.”

Participants benefit in various ways. Matthew Gorse, who operates Nutz 4 Coffee, which takes up space at the Corner, said: â€œVan Aken is a high level place. When people see your product, it reinforces the brand’s value for my product. “

Gorse said he takes advantage of meeting with potential customers so he can explain how his product, which has a provisional patent, works. Essentially, Nutz 4 Coffee are tea bags filled with something like hazelnut, to take an example, that you steep in black coffee to give it a natural flavor. It does not contain any artificial ingredients or sweeteners.

Gorse produces at the Central Kitchen, a food hub in Cleveland’s MidTown, as the product must comply with state and local regulations controlling products containing allergens such as tree nuts.

â€œWhen I’m there,â€ Gorse said, â€œby running The Corner I can sell several hundred dollars worth of product a day.â€

Some unintended consequences appeared along the way.

Hargrave said the district is displaying its wares to a crowd they normally wouldn’t be able to reach, such as three non-Van Aken store owners who have decided to stock their wares.

â€œIt’s wonderful,â€ Hargrave said of The Corner. “The more important places where you see people of color, the better the chances that that person will benefit. When one person takes a chance with you, others will too.”

Iconic figure: Pirilla made a name for himself in Perryopolis as a football player, business owner | Local

Businessman arrested after running away with GIMPA SRC money