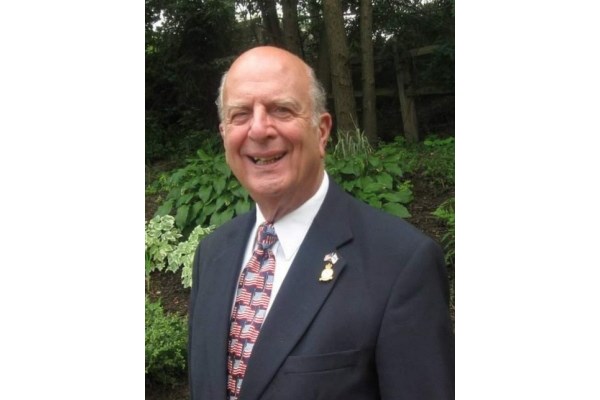 Edward Alexander (Buck) Boyd, Jr. passed away peacefully on January 23, 2022 at Mercy Hospital in Pittsburgh. He lived a full life and was able to spend his last hours with his family. Buck was born July 17, 1929, in Pittsburgh, Pennsylvania, to parents Dorothy Dean and Edward A Boyd, Sr. He grew up with his older sister, Elizabeth (Betty) Boyd. Buck graduated in 1948 from West View High School.
Buck met Shirley Dittmer in 1952 at West View Park Danceland where they found a common interest in ballroom dancing. They married in 1955 and danced lovingly through life together for the next 61 years. They have competed in numerous US ballroom, square, international and Pro-Am competitions over the years and have inevitably won every event. Their affection and adoration for each other was evident in everything they did.
Buck always lived to the fullest and was loved for his involvement in the lives of many others. He volunteered for many years with the Shriner Roadrunners transporting children to hospitals in Erie, Akron, Cincinnati and Philadelphia. He had a big heart for children with various medical needs and took great pleasure in accompanying them throughout his young life.
Buck was a staunch member of Memorial Park Evangelical Presbyterian Church where he served as an usher gregariously welcoming those who passed through the doors. Wednesday nights were another highlight for Buck as he gathered with regular friends at the Pittsburgh Banjo Club where he enjoyed the excitement of a company of banjo players playing some of his favorite music from the 1920s and 1930s. Buck became well known for his many “stories” of his youth.
Buck was a member of the Pennsylvania Air National Guard from 1951 to 1986, rising to the rank of chief master sergeant, responsible for the fire and rescue service of military aircraft and base structural installations.
Buck had a distinguished career path from 1953 to 1974 as a United States Property and Financial Officer as the Pennsylvania Air National Guard Fire Chief at Pittsburgh International. His service with the Air National Guard opened doors where Buck was later employed by the Allegheny County Aviation Department from 1974 to 1993 as a fire chief with responsibilities for emergency rescue. fire and emergency medical service at Pittsburgh International Airport, and Allegheny County Airport in West Mifflin. From 1975 to 1984, he was also responsible for managing the Kane Hospital fire department and fire emergency dispatch system. From 1976 to 1980 he led the Allegheny County Fire Academy in North Park as well as the Allegheny County Fire Marshals at the Jones Law Building in Pittsburgh. Buck was an active member of the Air Force Association. Additionally, he had state certification as a firefighting instructor and participated with the Federal Aviation Administration in annual airport security seminars. He worked for Mobil Oil, teaching fuel tank safety and represented Oshkosh for the sale of fire trucks. He disarmed missiles and rockets and went to non-commissioned officer training in San Francisco. He retired in 1985 with twenty years of experience in fighter aircraft and fifteen years in tankers. He has had deployments in Europe, Puerto Rico and the continental United States.
Lifetime memberships included Avalon Lodge No 657, Free and Accepted Masons; Bellevue Roya Arch Chapter No. 286; Commandery of Allegheny No 35, Knights Templar; and Syria Sanctuary Temple, ANMS.
Buck is predeceased by his wife, Shirley Dittmer Boyd, and his sister Elizabeth Boyd. He is survived by his daughter Dorothy (Dorrie) Boyd Friedrich and son-in-law Norman Friedrich; his son Douglas Edward Boyd and daughter-in-law Karen Longjohn Boyd; his four grandchildren and their spouses, Laura Friedrich English and Bill English, Lisa Friedrich Popadich and Chris Popadich; Jennifer Boyd Stumpf and Paul Stumpf; and Jonathan Boyd. He also has a great-grandchild, Brayden Stumpf.
Friends seen Friday, February 4, 2-4 p.m. and 7-9 p.m. at Simons Funeral Home, Inc. 7720 Perry Hwy, Pittsburgh, PA 15237. On Saturday, February 5, a service/commitment will be held at 10 a.m. in the chapel Allegheny County Memorial Park Cemetery with a memorial service to follow at Memorial Park Presbyterian Church at 11 a.m.
To send flowers to the family of Edward Alexander Boyd Jr., please visit our Tribute Shop.