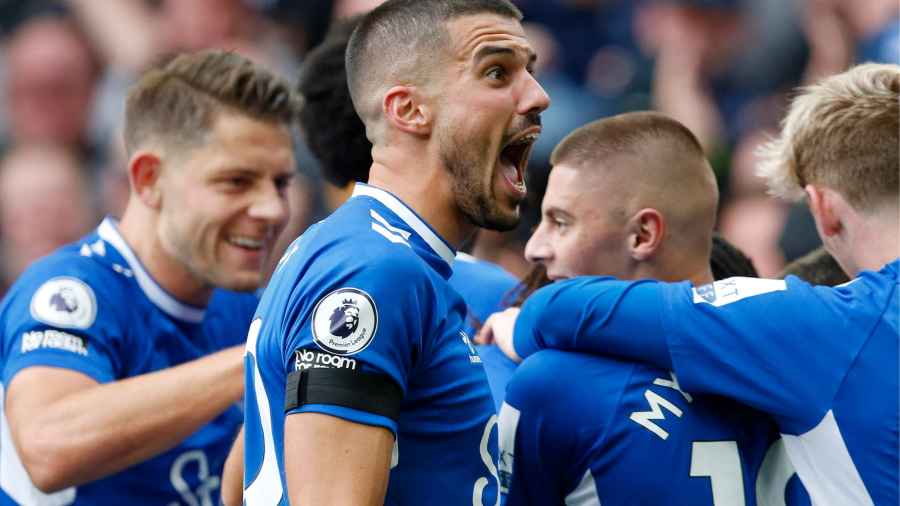 Farhad Moshiri is in advanced talks to sell Everton Football Club for around £400million to a little-known American businessman, in what would be the latest US takeover of an English Premier League club.

Talks between Moshiri and Maciek Kaminski, a Minnesota-based investor, have progressed in recent days, according to people with direct knowledge of the matter. Any deal would still require Premier League approval, one such person said.

However, people have warned that there is no certainty of a deal. The talks have been complicated by recent financial market instability in the UK, they added. The final sum also depends on funding for Everton’s planned new stadium in their hometown.

A successful sale would mean half of the 20 Premier League clubs would have American shareholders. Earlier this year, a group of American investors led by Todd Boehly agreed to buy London-based Chelsea football club for £2.5 billion, after its Russian oligarch owner Roman Abramovich was hit with a sanctions by the UK and the EU.

Kaminski previously bid with former Chelsea and Manchester United chief executive Peter Kenyon, investment banker Michael Klein and John Thornton, chairman of US miner Barrick Gold. However, Kaminski no longer works with the trio after a split, two of the people said.

Kaminski, a former fund manager for investments in Poland, built his wealth by acquiring office buildings in Minneapolis, the largest city in the Midwestern US state of Minnesota.

According to local media, Kaminski emigrated from Poland to the United States in the late 1960s, then served as an investment adviser at brokerage firms Paine Weber and Piper Jaffray before moving into real estate investments.

A website for the Kaminski family’s KAM Sports vehicle says it was created to “own and manage premier international sports assets”. Talks with Moshiri earlier this year fell through and stalled beyond an exclusivity period. In July, KAM said he remained interested in acquiring the club.

Moshiri first invested in Everton in 2016 and took a majority stake two years later, using the proceeds he received from the sale of his minority stake in Arsenal to longtime business associate Alisher Usmanov. Uzbek-born metal billionaire Usmanov then launched a failed bid to take control of Arsenal.

The ties between the two remained. Everton were forced to seek new funding earlier this year after a number of sponsorship deals with Usmanov’s companies were suspended. Usmanov was sanctioned by the UK, EU and US after Russian President Vladimir Putin invaded Ukraine.

Moshiri, which owns Everton through an Isle of Man entity, was seeking new investment to help fund the club’s new £500million stadium, fueling speculation that a takeover could also be in place. considered.

However, Moshiri issued a public statement this summer promising Everton fans that the club were not about to change hands.

“It will always be pragmatic to explore all potential investment opportunities,” he said in July. “But I want to reassure you all that Everton Football Club is not for sale.”

Everton recorded a net loss of £120.9m in the 2020/21 season, following net losses of nearly £140m and £111m in the previous two financial years. The club is one of the founding members of the Premier League, which celebrates its 30th anniversary this year.

In It for Life: University Announces Duke’s Climate Pledge