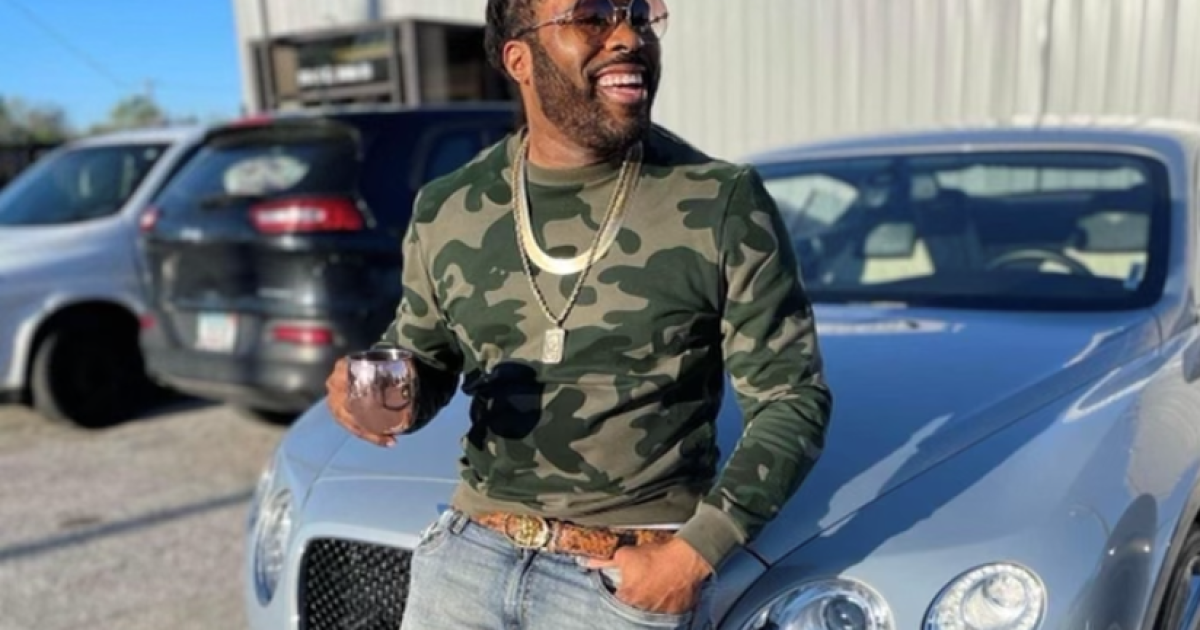 INDIANAPOLIS — J’mel Dowdell’s family wants you to know he was more than a statistic.

They want him to be remembered as a loving father of three, a successful businessman and a positive influence who was tirelessly dedicated to the town he called home.

“I’ve never met anyone like him,” said a cousin of Dowdell who asked not to be named. “He could do anything. He did it all.

Those close to Dowdell say he was a man of innumerable talents which he used to help those around him and better his community.

Now he will never share those talents with anyone again.

Dowdell, or “Melly” as some knew him, was unexpectedly killed at his home late last month, his family said.

Indianapolis police found Dowdell, 43, injured while responding to a March 30 shooting in the 9400 block of Timber View Drive in the Castleton area.

He was then transported to a local hospital, where he was pronounced dead.

Dowdell’s family said he had just become engaged and moved on shortly before he was shot.

“We’re hurt,” Dowdell’s cousin said. “Why is no one in custody?”

In addition to countless friends and family members, Dowdell left behind two teenage sons and a one-year-old daughter.

“He was a really good dad. He always encouraged them to go to school,” said Luz Reyes, who shares a son with Dowdell. “He didn’t deserve this.”

Reyes said she and Dowdell’s son were so traumatized by his father’s death that he couldn’t go to school, was physically ill and couldn’t sleep.

“It breaks my heart. As a mother, I wish I could take that pain away from her. I don’t know what to do,” Reyes said.

Along with the personal impact Dowdell’s death has had on his loved ones, his family is also devastated by what his passing means for their community.

Dowdell was an established entrepreneur who dabbled in countless fields. His talents included, but were not limited to, marketing, home renovations, hairdressing, and tattoo art. He was perhaps best known for The Kidz Nose Buttona series of children’s books and cartoons.

James Dishroom, a friend of Dowdell, said they first met as roommates in the early 2000s.

“The biggest thing is just that it’s a huge loss to our community,” Dishroom said.

Dowdell grew up on 42nd Street and Post Road on the northeast side of Indianapolis and was at one time homeless, according to Dishroom.

“It came from nothing,” Dishroom said. “To see someone from this area end up going to college…to have successful businesses – you know, multiple properties…He was the inspiration for where he’s from – and not just where he comes, but for the city as a whole.”

The Button Nose Kidz project focuses on five siblings living in a middle-income home. It follows the characters in their struggles with shyness, peer pressure, and not fitting in. Those who knew Dowdell say he directed virtually every aspect of the project, from production to costumes and scripts.

The goal of the series, according to its Facebook page, is “to have Button Nose Kidz seen as heroes and have a big impact on decision-making, learning skills, social skills and more. “.

It was a fundamental part of Dowdell as one person, his family and friends say.

“He was like, ‘This is what I’m here to do, and no matter what else I do – whether it’s rehabilitating houses or, you know, whatever it is, I’ll always do that. I will always advance this cause. Because he wanted the kids in Indianapolis to not grow up like him and have a better future and give them knowledge and show them another way.”

On top of that, Dowdell was a role model for anyone with a tough upbringing and living proof that it’s possible to overcome adversity, Dishroom said.

“I just remember his excitement was the biggest thing. Like, the look on his face – his eyes lit up; he was so excited that he had this idea that was going to impact the kids that were at its place at some point in time,” Dishroom said.

Dishroom also recalled Dowdell’s willingness to help anyone who asked; especially entrepreneurs who were just getting started.

“He was one of a kind. There will never be another J’mel,” said Dishroom, who was involved in his own ventures. “I do a lot. But he was the only person I’ve ever met, or one of the few people I’ve ever met in my life, that I felt dreamed of as big as me. He was a big dreamer, He had huge goals that people — especially in this market. Especially in Indianapolis. Like, they really couldn’t even comprehend it,” Dishroom said.

“It’s just a huge loss for everyone, man,” he said.

Dowdell’s family is convinced whoever killed him had a personal connection to him.

They say those responsible must be held accountable for the irreparable harm they have caused.

IMPD Lt. Shane Foley said there was no update on the case as of Tuesday.

No one is in custody in connection with Dowdell’s murder, Foley said.

Police have asked anyone with information about Dowdell’s murder to contact Detective Jeremy Ingram at 317-327-3475 or [email protected] Tips may also be submitted to Crime Stoppers of Central Indiana by calling 317-262-8477.