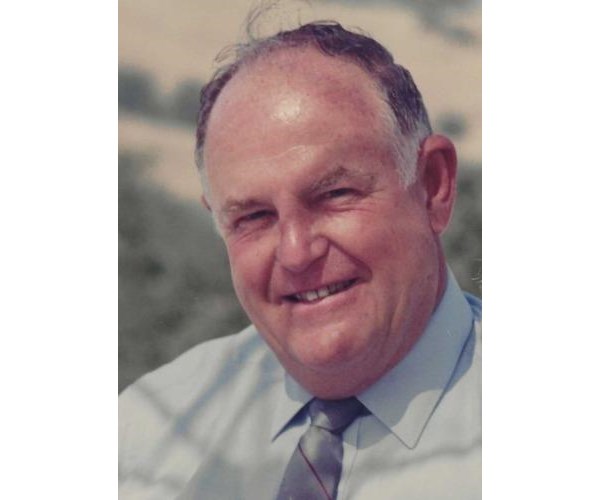 By Stephen L. Prince On Feb 14, 2022
Frank Mosebar
December 26, 1934 – February 7, 2022
San Jose
Frank Allen Mosebar died in the early morning hours of February 7, 2022, aged 87, of complications from Alzheimer’s disease. Prior to his diagnosis, he was a strong father and husband, a proud grandfather and a devoted friend. He was predeceased by his wife, Janet, in 2009. He is survived by his children, Carol McKay, Sharon Palermo, Robert Mosebar and Richard Mosebar; sons-in-law Scott McKay and Carl Palermo, and Robert’s girlfriend, Kathy Piazza; grandchildren Breanna Stevens and her husband Ryan Stevens, Robby Palermo, Joseph Mosebar and Jasmine Mosebar; and great-grandchildren August Palermo Martinez and Marceline Stevens. He is also survived by his sister, Maxine Farren, of Yakima.
Frank was born in Yakima, Washington in 1934, and was raised with 3 natural siblings and 3 adopted siblings in a busy and active household. He was a standout offensive lineman for the Yakima High School football team. Frank and Janet fell in love in high school and graduated in 1953. They married in 1955 after she enrolled at Washington State University. After graduating in 1959, his bachelor’s degree in agriculture was put to good use in his new career as an inspector for the United States Food & Drug Administration. Frank and his young family moved to Seattle and eventually moved around the country to San Francisco, St. Louis and Kansas City. He rose through the ranks of the organization, eventually supervising teams of other inspectors. In 1975, Frank changed careers and accepted a position with the California Dried Fruit and Tree Nut Association, moving to San Jose, California, where he lived until his death.
Frank has traveled the world in his role as DFA, working with government officials from other countries to promote their dried fruit and nut industries, and he has worked with exporters and importers to meet standards and comply with US and California regulations. He had a great personality and developed many strong friendships over the years. By the time of his retirement in 1999, he had been promoted to president of the California DFA, a position created specifically for him to recognize his value to the organization.
He was a devout Catholic and served in various lay roles at Holy Spirit Church in San Jose. An active council member, head usher and handyman, Frank’s dedication to the parish has always been appreciated.
Frank shared a love of football and other sports with Janet. They were avid fans and enjoyed throwing a well-known Super Bowl party every year beginning in 1967. He enjoyed golf and fishing for much of his life. He coached his daughter’s softball teams in Kansas City. Although dementia was beginning to cloud his memory and weaken his mind, he still enjoyed watching football and baseball games on television.
Although we are all saddened by his passing, we know that the last years of his life were painfully difficult. We are heartened that he is now, finally, at rest.
Visitation will be Friday, February 18, 2022 from 9:30 a.m. to 10:30 a.m. at the Lima Family Erickson Memorial Chapel (710 Willow St, San Jose, CA 95125). A funeral service will be held on Friday, February 18, 2022 from 10:30 a.m. to 11:30 a.m. at the same location. A burial service will be held on Friday, February 18, 2022 from 12:00 p.m. to 1:00 p.m. at Gate of Heaven Cemetery (22555 Cristo Rey Dr, Los Altos, CA 94024).