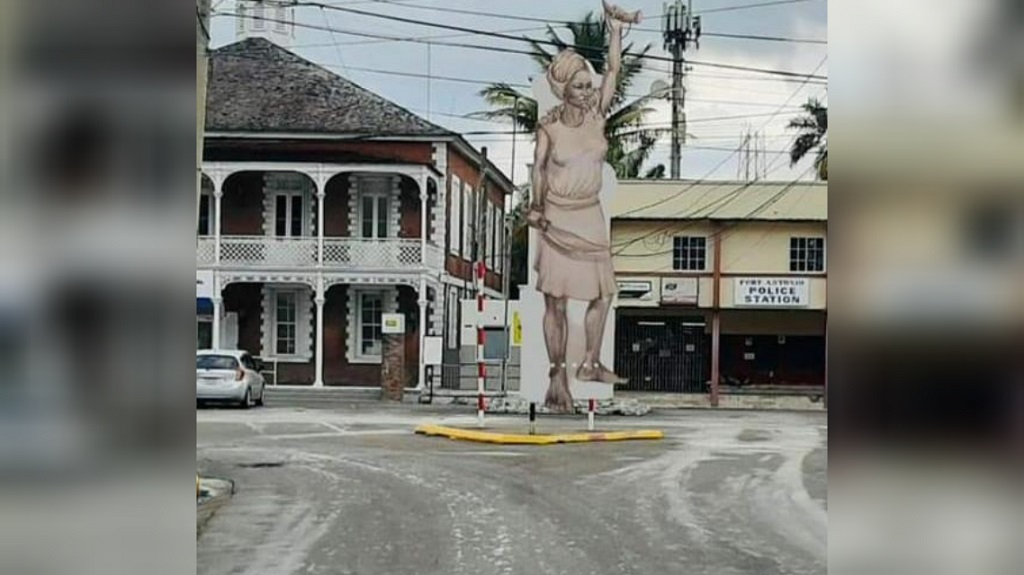 Portland businessman and politician Colin Bell believes parish leadership should replace the clock in Port Antonio Square, Portland, with a statue of Jamaica’s only heroine, Nanny of the Maroon .

Bell said Loop News that as the country is about to celebrate its Diamond Jubilee, the clock, which is a representation of an oppressive past, should be replaced with a nanny statue that reminds the people of their hard-won freedoms.

He said it was time now for Jamaica to replace some of the remnants of the colonial past with the country’s unique symbols, which will inspire unity, pride and vision.

“With a statue of Nanny of the Maroons in the square of Port Antonio and a storyboard next to it recounting the war between the Maroons and the English, [this] would also bring economic benefits [value] for Portland Parish and especially the Maroon community of Moore Town,” the Boston Jerk Festival promoter said.

Bell said that in any case the clock was not working, and as far as he remembers the last time it was operational was more than two decades ago when Warner Brothers shot a film in the parish.

Bell, who is also an advisor-custodian for the Scholarship Division at Portland Eastern, said the space is suitable for Jamaica’s only national heroine.

“When you create a maroon village in this area and you create a nanny status, everyone comes to town and sees a status of that woman is going to be curious about the story,” he said.

“I believe that as we begin to celebrate our Diamond Jubilee, we must recognize the blood, sweat and tears of those who fought for our freedom and celebrate our only national heroine by placing her statue in the square of the city,” Bell noted.

The businessman and politician said he wrote to the Portland Municipal Corporation four years ago, asking the municipal body to erect a Nanny statue in place of the clock, but he would have been informed that the clock had to be repaired.

Bell said he was disappointed that the city council decided to fix the clock instead of replacing it with a nanny statue.

“We are born Jamaicans who prefer to cherish the legacy of the slave masters. As leaders, it’s time we started celebrating our people. I intend to raise awareness of the issue. We posted an image of what a Nanny statue would look like,” he said.

In 2015, the Municipal Corporation passed a resolution to rename Port Antonio Square to Nanny of the Maroon Square. In 2018, the late former Portland Eastern MP Dr. Lynvale Bloomfield lobbied for a statue of Nanny to be erected in the town center and for the stretch of road from Breastworks to Nanny Falls to be named the Nanny Trail.

From skydiving to search and rescue, a new law student faced her fears