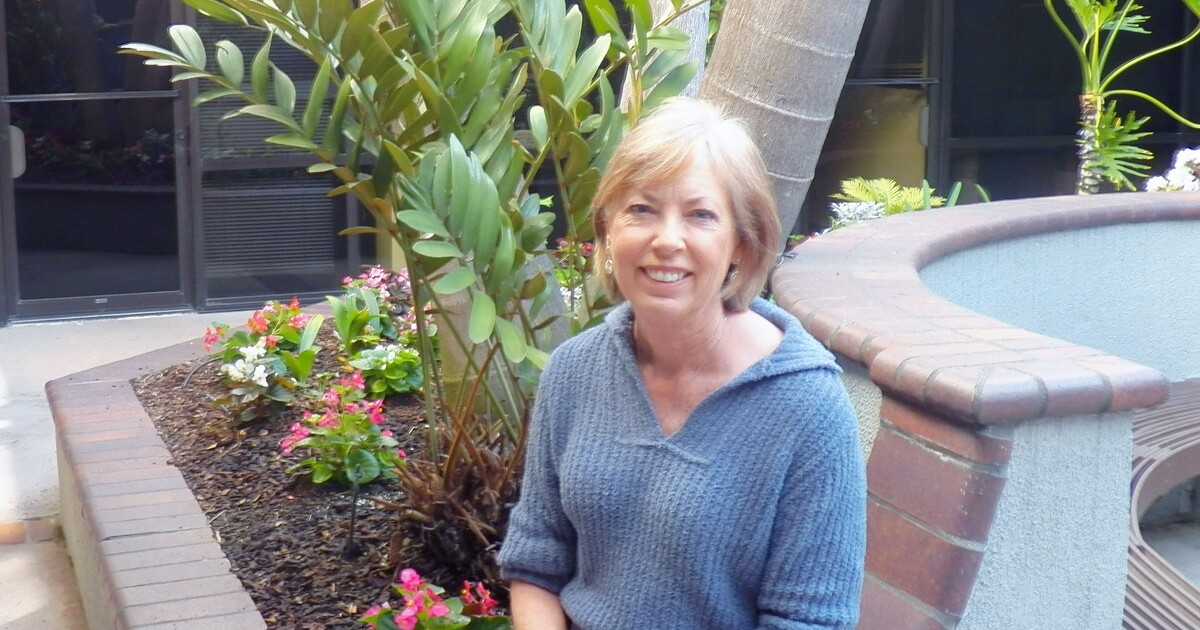 Laura Ambrose is convinced to live and do business in Pacific Beach.

“There’s a general happiness in living on the beach,” Ambrose said.

She would know. Ambrose has lived along the San Diego coast since 1980. After eight years in Mission Beach and four years in the Windansea area, Ambrose moved to PB in 1991.

“I was young and single, and I loved the PB lifestyle,” Ambrose explained. “I think PB is still a mecca for young people.”

Laura and Jeff Ambrose married in 1993 and raised their two sons there.

The couple purchased Woodstock’s Pizza from the founding Chuck Woodstock family in 2001. Jeff had been president of the company for 11 years by then. The company has eight restaurants throughout California, including two in San Diego County. The first California Woodstock’s restaurant dates back to 1980 in San Luis Obispo. The Woodstock’s College area opened in 1985.

What are some aspects of his business that set Woodstock’s apart from other pizzerias?

Woodstock’s employs nearly 600 workers. “We have good people,” Ambrose continued. “And we’re getting our team back.” (Ambrose was referring to the aftermath of COVID-19 shutdowns that have plagued business owners to attract new employees and rehire old workers.)

“At the time, we first tried to compete with the national pizza chains on price,” Ambrose added. The business owner couple quickly abandoned this business model. “We offer quality and value, but not so much price. We deliver a better product.

“We’ve expanded our dining spaces, so people can get together and spend time together,” Ambrose added. “It’s one of our unique selling points.”

Tastes change. How has the Woodstock menu stayed up to date for its clientele?

“We offer healthy alternatives.” But Ambrose hesitated, stopping there, asking, “Can you guess what our most ordered item is?” … pepperoni pizza on a white crust.

“Pizza is comfort food,” she added.

“We’ve got the Kickin’ Carnitas Pizza, we’ve had a Banh Pizza and in response to customer requests we’re bringing back our Street Taco Pizza,” Ambrose said.

“Local residents are our main customers. We also get ‘local’ tourists and out-of-town tourists,” Ambrose explained. The restaurant gets a lot of business from Campland, beach hotels and vacation rentals. “People don’t like to cook when they’re on vacation.”

With costs skyrocketing in recent months, Ambrose noted the likelihood of price increases. “We may have to raise salaries and the cost of ingredients has gone up,” she said.

What changes has Ambrose noticed in the local business climate?

“We have a healthy economy here,” Ambrose said. “I have seen an evolution in the convenience store. I do my best to buy local. I love family businesses. But the urban core of PB revolves around restaurants and bars.

She added: “People often tell me that they would like to own a restaurant. I say, don’t go into the restaurant business unless you’re prepared to cook 12 hours a day. Doing this on your own will exhaust you. You will need to be a manager, not an implementer. That’s why we hire good people.

What about changes in PB?

“I think PB hasn’t changed much at all. If anything, PB has changed for the better. Look at our beautiful Taylor library. Look at how the college has been improved recently.

Ambrose went on to describe her experience as a young mother deciding to send her sons to local schools.

Does she have a vision for further PB improvements?

“I would like to see Garnet Avenue improve. I would like it to become a one-way street, with a designated bike lane and more landscaping,” Ambrose replied.

Are there things in his life that people might find unexpected?

Ambrose became thoughtful and started listing his answers. “I like to travel.

“Our faith is important to us. I teach an alpha class at my church on “Life Matters” once a week for 10 weeks.

“I don’t eat meat, so others in the business have to do taste tests.

Career paths are the subject of a roundtable at Penn College | News, Sports, Jobs

10 lessons in business development and growth from craft brewery owners

Nevada small businesses feel the pain of inflation, owner closes rather than raise…