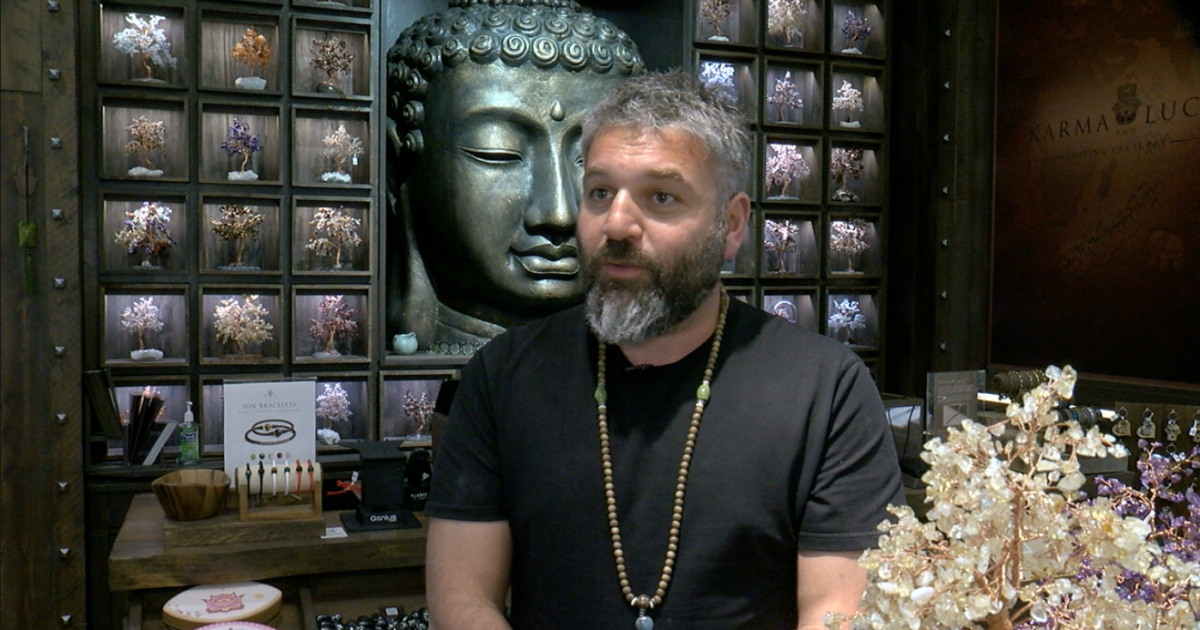 We are a far cry from the bomb-scarred lands of Ukraine where the family of store owner Vladi Bergman fled the constant advance of the Russian war machine.

“Unfortunately they have to leave their homes,” Bergman said, “and a week ago they tried to move to the Polish border. They can’t leave the country because the men can’t leave.”

Bergman was born in the now decimated city of Kharkiv and shared photos of him and his cousin sitting together in a small car decades ago.

He shared another photo of his cousin, grinning from ear to ear in a swimming pool and holding his son, taken just a week before Russian troops crossed the border to chase him from his home.

“Until the last minute, no one in Ukraine could believe that something like this could happen to them,” Bergman said. “They just woke up to this big nightmare.”

Bergman said he is now doing what he can to help by donating a portion of a full week’s sales to Doctors Without Borders which has provided aid to refugees.

“They are building tents there. They are bringing the supplies,” he said.

Bergman has always helped Las Vegas nonprofits by sharing the fruits of his success.

He said now, with his homeland bombarded before his eyes, he was turning his attention abroad.

“Let’s keep spreading good karma in the world and peace, which is the most important thing right now,” he said.

Bergman said sales from March 13-19 would go to Doctors Without Borders both at its multiple physical stores and any sales made through its website.

We’re all in the business of relationships