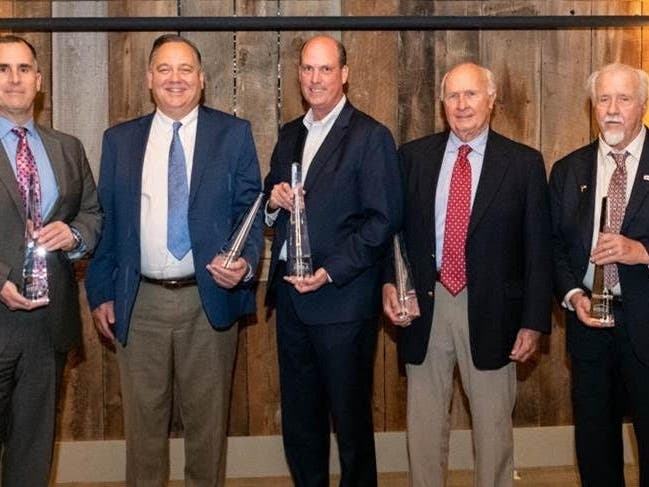 NEWTON, MA – Paul Sullivan, owner of The Sullivan Company in Newton, has received an award from the Home Builders & Remodelers Association of Massachusetts (HBRAMA).

At the organization’s 62nd Annual Installation and Awards Ceremony on Saturday, Nov. 12, HBRAMA honored Sullivan and five other members with its prestigious Legend of the Industry award, established in 2006 to recognize members across the state who are driving change and innovation in the industry and contributing to their communities.

“I am delighted with this opportunity to lead an association that has helped me so much in my professional life, at a time when the need for housing has never been greater,” Brem said in a statement. “My goal will be to build the brand, recognition and position of the association, where being a member of HBRAMA will indicate that a builder or renovator is viewed at the highest level.”

The annual meeting and banquet featured guest speaker Alicia Huey, a home builder from Birmingham, Alabama who is the new president of the National Association of Home Builders.

HBRAMA is a non-profit trade association representing over 1,500 members who are builders, developers, remodelers, suppliers and other allied professionals in the home building industry. For more information, visit www.HBRAMA.com.