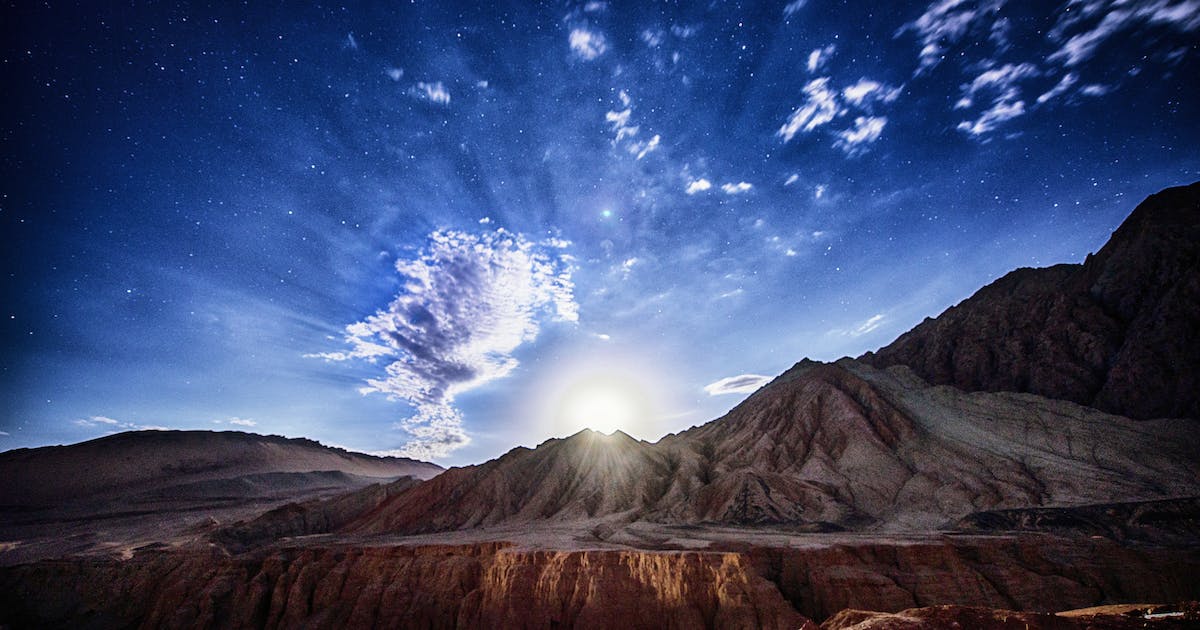 As a conservation scientist, Will Turner is used to answering technical questions about climate change.

Lately, it’s the emotions that are grabbing his attention.

In a thread Posted on Twitter recently, Turner shared some of the visceral reactions he saw to a recent United Nations climate report that sounded the darkest alarm yet about the intensifying effects of climate change. For the first time, the report unequivocally stated that “human influence has warmed the atmosphere, the oceans and the land” and that in the years to come, average global temperatures will almost surely rise by 1.5 degrees Celsius. (2.7 F) – the limit at what uncontrollable climate change will begin to disrupt life as we know it.

Turner, a senior scientist at Conservation International, called the report in a series of tweets a “punch in the stomach” and reminded readers that “there is no more science coverage for those who use the uncertainty as an excuse for doing nothing “.

Conservation News told Turner why the UN report was extraordinary, why climate change is on people’s minds like never before, and naturally what each of us can do about it.

Question: You recently wrote about the emotional reactions some have had to the new UN climate report. Why do you think this freaked out some people?

Reply: Many people carefully examine the real evidence of climate change in front of us and feel a lot – hopelessness, helplessness, sadness, anger, failure. Humanity is no stranger to tragedy and hardship, but in modern society many of us feel that we are comfortably removed from environmental catastrophe. And this is exhibited as an illusion. People are waking up to evidence of climate change in their daily lives – a wall of fire on the streets, flooding in their hometown, or price spikes in the supermarket. All of this is suddenly real in a way that it has never been before. We are entering an era where all regions are at risk. In addition, some of the most vulnerable communities are also the least responsible for greenhouse gas emissions.

So the UN-sponsored Intergovernmental Panel on Climate Change (IPCC) report confirms what people are seeing firsthand. He asserts with scientific credibility that we are unequivocally responsible for global warming and that disaster is not looming in an imaginary future, it is here and now. It is a frightening thing for good reason.

Q: What sets this report apart from previous analyzes?

A: The report itself is extraordinary. It is 4,000 pages long and synthesizes 14,000 climate studies. Scientists from 195 countries had to agree on every line, reflecting a huge level of consensus. In many ways, the report highlights what many indigenous peoples, coastal communities, young activists and scientists have been saying for years. It would be a mistake to say that his findings are entirely new.

But this report goes much further. Scientists now agree that we will achieve a temperature increase of 1.5 degrees Celsius (2.7 degrees Fahrenheit) over the next few decades. And the report delves more into “tipping points,” dramatic changes that we cannot reverse – from the brutal decline of forests to the melting of Greenland’s ice caps.

Q: No wonder people are afraid. Did the window close for us to do something?

A: Not yet. Science tells us that which path we choose in the next few years really matters. But our window to avoid the most catastrophic impacts of climate change is closing. And what do you do when your last window closes? You fight like a devil.

Look, we can do this. The last time the IPCC published a report, in 2013, it became the driving force behind the Paris Agreement, where more than 190 countries agreed to a global framework to tackle climate change. Imagine that! When else did 190 countries come together in this way? We must take the warnings of this new report just as seriously. At this point, inaction due to uncertainty is scientifically unjustifiable, and inaction due to desperation is untenable. We can still make a difference, but we must act now.

Q: So how do you implement the changes needed to stabilize the climate?

A: Here’s the benefit – we know what needs to happen. The solutions are well within our reach. We must radically and immediately decarbonize our energy and industrial sectors. We also need to protect, restore and better manage the planet’s ecosystems. Reversing the loss of nature could represent about 30 percent of the global action needed to stabilize our climate. And we need to look for new technologies that could help remove carbon already in the atmosphere. Investing in these solutions could change our climate trajectory.

Beyond that, what we do as individuals matters. Don’t leave it to others. We must have the determination to act – by examining our own direct climate impacts and finding the places where we can make a difference – especially in the choices we make when it comes to air travel and food. And remember, we are in a climate emergency because of systemic issues, so use your voice to come up with systemic solutions – as a citizen, voter, employee, shareholder.

And get involved directly. For example, many people make their climate concern a career path. I started in the tech industry before moving on to what I do now. We will fight like hell. We will mostly do it together.

As I see people from all over the world – especially the younger generations – working together to drive these changes, I choose to remain optimistic.

Businessman catches wife cheating on him with her friend, tells man to take him and pay N893k Nigeria news