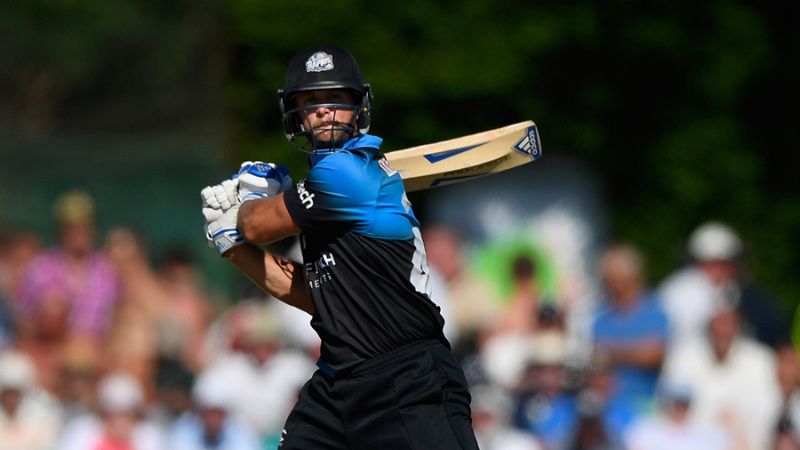 Ross Whiteley has turned down a new contract with Worcestershire and will leave the club at the end of his current contract at the end of the season.

Whiteley, 32, joined the club from Derbyshire in 2013 and signed a three-year contract extension in August 2018. He was a key part of the squad that won the T20 Blast in 2018 and reached the final the following summer, but was phased out. on the championship side and declined the club’s offer of a white ball-only deal.

Whiteley represented Southern Brave in the Hundred, taking 44 paces on 19 balls to set up their victory in the final, and ESPNcricinfo understands that Hampshire and Sussex – the two counties associated with the Braves – are the first to sign him, however a a number of teams had expressed interest.

Hampshire have reached final day for the first time since 2017 this season, but have lacked a reliable finisher in their T20 squad in recent years, while the Sussexes are openly looking for new signings after Phil’s recent departures Salt, Chris Jordan and Stiaan van Zyl – they’ve already confirmed deals for Fynn Hudson-Prentice and Steven Finn. Whiteley has reportedly made a decision on her future and an announcement is expected later this week.

Worcestershire confirmed in a club statement that Whiteley “was offered a new white ball contract but decided to pursue a different career”. Paul Pridgeon, the chairman of their cricket steering group, said: “Ross has decided to take his career in a different direction and is heading to new pastures. We thank him for his contributions and wish him good luck for the to come up”.

Whiteley is the last member of their victorious 2018 T20 squad to leave the club following Riki Wessels’ contract termination by mutual consent in July. They battled for hitting power in this year’s Blast – Moeen Ali was their only hitter to finish the tournament with a hitting rate over 140 – and missed the quarterfinals.

Goalkeeper-beater Alex Milton will also be leaving the club at the end of the season. Milton made a century of his league debut in 2018, but struggled for first-team opportunities with Ben Cox established as the first-choice goalkeeper and was not offered a new contract.