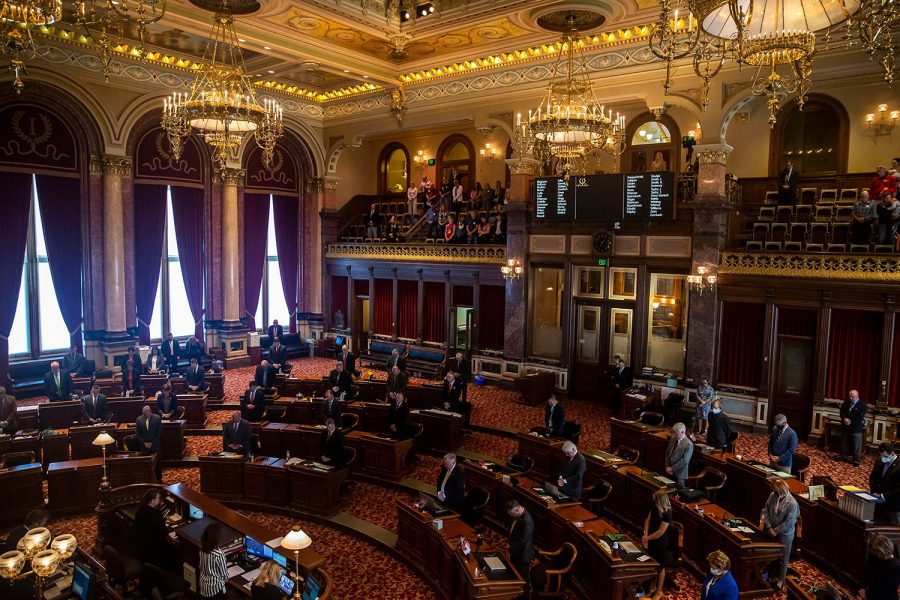 John Raley, Democratic candidate for the Iowa Senate, said he was running on the principles of transparency and accountability in state government.

“As a state senator, I will work to ensure the same opportunities exist today and for future generations,” Raley wrote. on his campaign website.

Raley is the second candidate to announce a candidacy for Iowa Senate District 45, the first being Janice Weiner, Iowa City Councilwoman. Sen. Joe Bolkcom, D-Iowa City, who currently holds the seat, announced he would retire after completing their current term.

Raley moved from Chicago to Cedar Rapids to attend Coe College and has remained in the state ever since. He is involved with the Iowa City Community School District and a member of the Iowa City Business Partnership.

Coming from a family of educators, Raley understands the importance that educational institutions play in society, seeing Iowa college graduates leaving the state a major problem.

“We lose a lot of our brains. I call it brain drain because people come here to study, then they leave and they go back. We have to keep them here. So we have to incentivize,” Raley said in an interview with The Iowan Daily.

As a small business owner, Raley said he understands the importance of business to the economy and promoting employment opportunities.

“I know people thrive when they are equipped to make informed financial decisions,” Raley wrote in her nomination papers. “I’m so passionate about this topic that I’m working with state and national leaders on a financial literacy program for high school students.”

Raley is running for the Senate a year from now when several sitting Johnson County lawmakers won’t be seeking re-election, including Bolkcom, who plans to retire after his current term ends.

Now is the time to invest in Hengqin – Entrepreneur