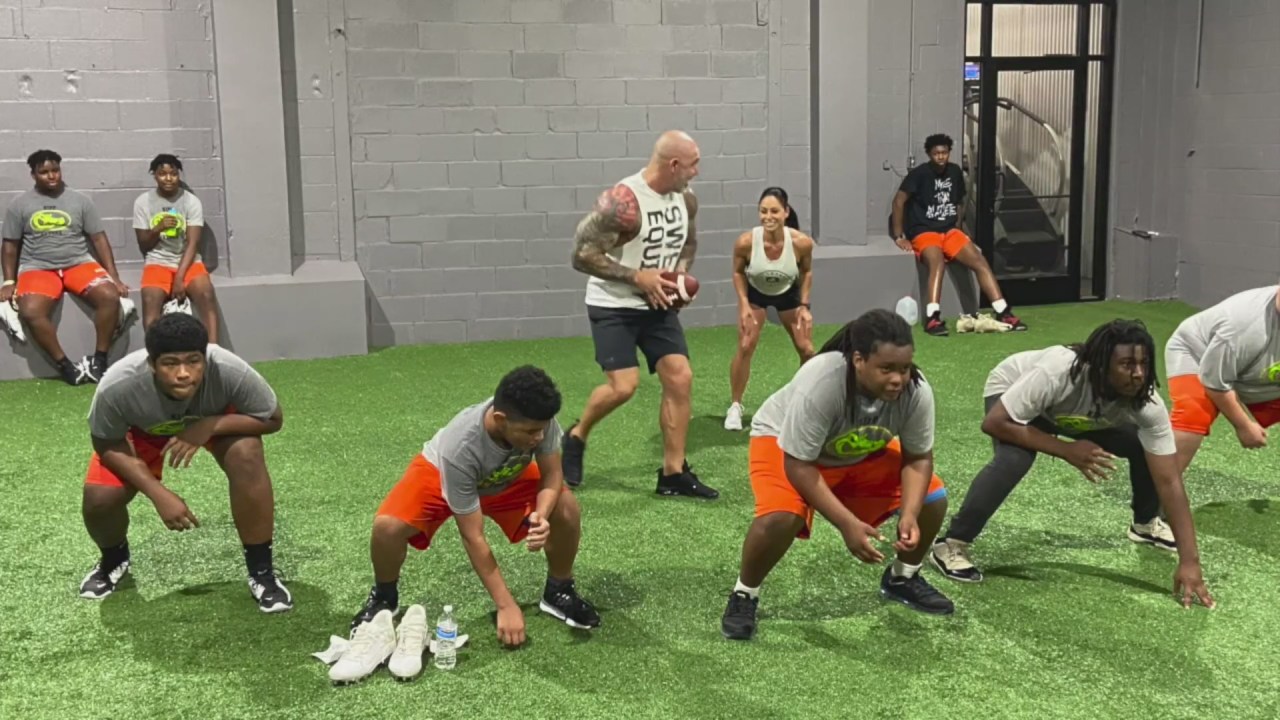 KANSAS CITY, Mo. – In June, FOX4 introduced the first-year football team for the KIPP Endeavor Academy Gators in Kansas City. The new team is the first football team the charter school has ever fielded. The only problem, at the time, the Gators had no ground. They were training in a parking lot.

Thanks to viewers, local business owners, and none other than Tech N9ne, a lot has changed in just a few months.

“I got a phone call from my mom, she was watching the news, she saw the boys training on the asphalt,” said Nina Vitale, co-owner of Brickyard Fitness. “And she said ‘Absolutely not. Catch the Scorpion, drop it in your territory.”

To accompany their new indoor training facility, the owners of Brickyard Fitness also shared the Gators story with Tech N9ne.

“We visited Tech a bit about our involvement with the boys,” said Steve Ralos, co-owner of Brickyard Fitness. “And he was interested in getting involved and talking with the boys and he was excited from the start when we talked about it, he had tons of questions.”

On Saturday, the Gators will meet with Tech N9ne.

“These kids are lunchbox type kids, ‘What else coach? What else can I do? ‘ Said head coach Scorpio Horn. “I tried to cancel training on a Saturday, they said, ‘No coach, we can’t cancel’.”

The Gators’ first game is one week away from Wednesday against Aquinas.