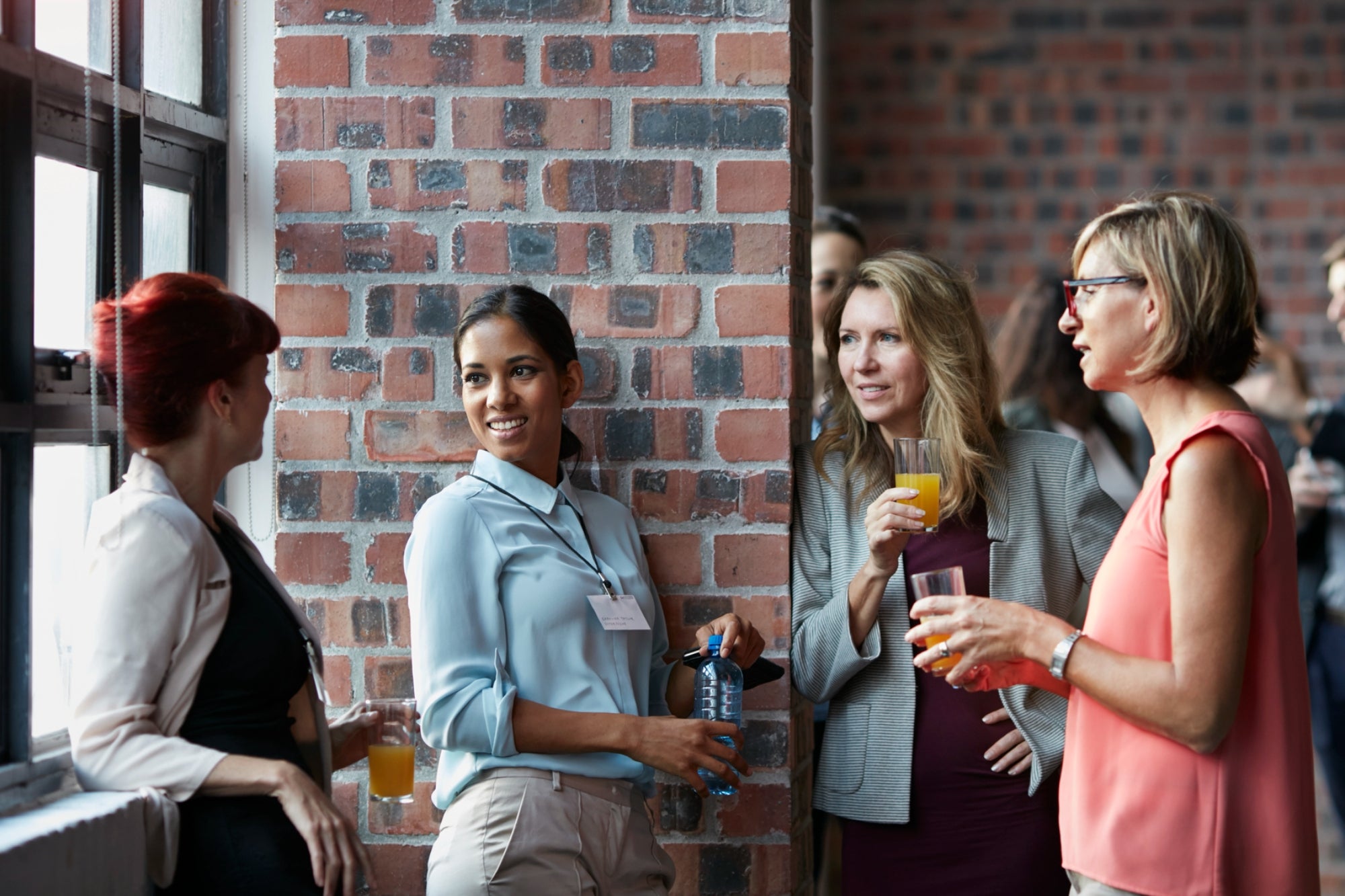 The simple answer is that these groups allow a historically disenfranchised population to come together. After having been regarded for centuries as property, second-class citizens, or simply irrelevant, women seize opportunities to break with the stereotypes and norms that have held them back. To do this, it is not only important, but also necessary to have safe and supportive environments in which to process their experiences and create plans for progress. This is not to exclude non-women; instead, it’s about having a place to focus energy with peers having the same or similar experiences. Consider the specific ways in which all-female networking groups promote the growth of women as individuals and as instruments of societal change.

The isolation felt by many women is broken in these groups. As members realize that other women feel, think, and experience the same thing in their own lives, they no longer see themselves as “the only one.” When women are in same-sex networking groups, their personal and professional experiences are normalized. They can have conversations about their fears and negative experiences in environments that are not only safe, but also supportive, as everyone in the room felt, thought, or faced it. Women have this “ah-ha” moment that they are not abnormal, weak, or alone when surrounded by their peers.

By being with other women, group members can also have candid discussions about work-life balance, a common concern for women. Figuring out how to be a wife or partner, mother, caregiver and professional are just the initial roles that women juggle. Societal expectations to â€œdo it allâ€ and adhere to Pinterest, Facebook and Instagram standards exert considerable pressure on women. It is in the safety of these specific networking groups that women can be vulnerable and genuine. Women establish their commonalities regardless of age, race, ethnicity, or sexuality, and this leads to faster, more authentic connections based on shared experiences. All-female networking groups don’t just focus on business, but rather support the woman as a whole, personally and professionally.

A regular part of women’s networking groups is the concept of giving back. This is often done in two ways. Many groups incorporate a charitable component, often including nonprofit organizations in their efforts and finding ways to support the work of the NPOs represented. It allows women to do what often comes naturally to them: use their skills to offer support.

The other way to give back to women’s groups is to focus on growing business for others. Unlike other networking groups that might focus on â€œhow can I use this group to start my own businessâ€, all-female groups generally embrace the idea of â€‹â€‹starting other female-owned businesses. It is this idea of â€‹â€‹giving and getting or asking and providing that changes the dynamic in these groups. Members look for ways to promote the goals of their peers through referrals and connections, knowing their peers are doing the same for them.

At the current rate, research shows that it will take 61 years in North America to close the gender wage gap; However, that does not take into account the detrimental effects of the pandemic on the careers of women. When this variable is calculated in, some estimates suggest that the gender pay gap will remain in place for 135 years. Women’s networking groups can help accelerate the closing of this gap.

All-female networking groups allow women to connect with mentors. Women who have taken certain steps and who are ready to help other women achieve their specific goals are included in these groups. They are there to help others succeed by offering their experience, connections and support. Additionally, all-female groups provide a space for young women to identify female mentors who can help the next generation of leaders navigate professional mazes.

Most importantly, these groups become places where women can not only facilitate their professional goals, but also promote each other to positions of power, helping women to become leaders in their businesses and seize opportunities to become leaders. leaders in industry and society. It is in these positions that women’s voices will take on more power as agents of change. All-female networking groups do not exist to be exclusive: they strive to be inclusive by providing safe spaces for women to develop their skills, strengthen their voices and access opportunities – making for a more balanced society. a reality.