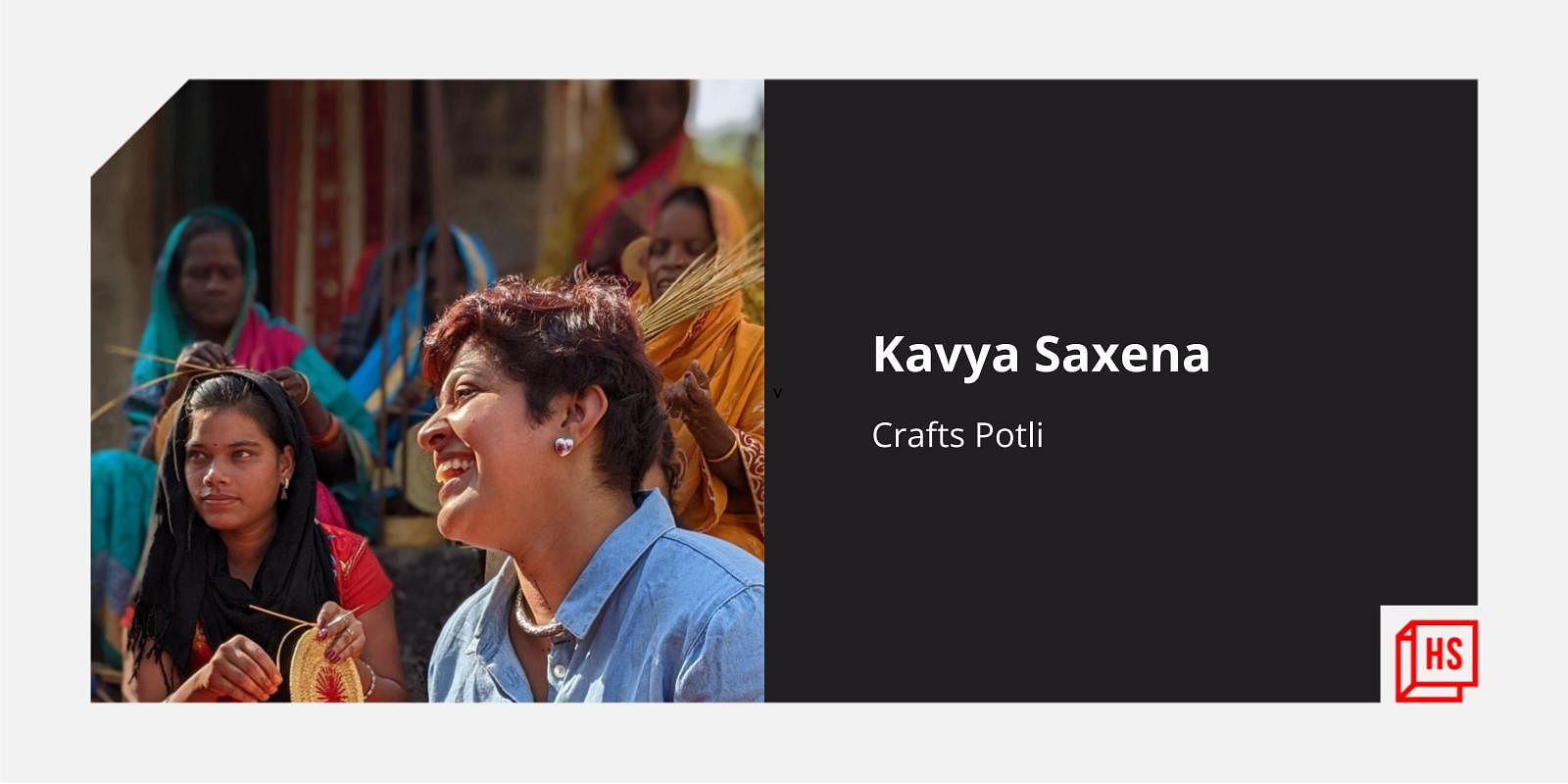 This social entrepreneur gave up a city life to live in the forest, work with Adivasis and bring tribal art

It was natural that Kavya SaxenaThe transition from the corporate sector to craftsmanship seemed like something expected. Born in Jaipur, Rajasthan, Kavya spent most of her childhood traveling and spent a significant portion of her professional life traveling to different parts of the country.

“Working for Indian Oil Corporation, traveling and meeting people from different backgrounds was amazing. When I took a sabbatical from work, it was natural to travel the world,” says Kavya.

During his corporate life, Kavya was always in contact with the different cultures and villages of India. On weekends, she traveled to nearby villages and towns and got a sense of the cultural diversity. However, when the COVID-19 lockdown was announced, everything came to a screeching halt and left Kavya with a big question. “If I love villages and tribes as much as I have proclaimed, I wondered what I was doing sitting in a town like Gurugram?”

So, when the first lockdown restriction started to ease, she decided to pursue her passion for unraveling the rich heritage of Indian villages, and started traveling from October 2020.

“I set off on a one-of-a-kind non-stop solo journey – #kavyaonquest – to document rural crafts and culture in collaboration with Mahindra and Mahindra. After the trip ended, I never returned to city life. I now live in a forest. We work with Adivasis (tribals) in Koraput, Odisha and transform the rich turmeric found here into specialty bath products that also strengthen an entire village. Additionally, I adopted an entire village where 55 women work on a special variety of grass, creating opportunities for them. To consolidate this, I also teach rural entrepreneurship at IHM, and in Singapore NAS AcademyKavya says.

It was during her journey that Kavya realized that the work had to be done with the tribal craftsmen. Kavya is convinced that Indian villages have a lot to offer, and you can travel to any village and there are unique things there.

Through her travels and interactions, Kavya also discovered that after agriculture, handicrafts are the second biggest job creator in India.

“Ironically, there aren’t enough significant policies to regulate the sector. And I felt that craftsmanship in India needed to be stronger, and that’s where Craft Potli comes in,” says Kavya.

“Earlier, when I briefly returned to Gurugram, I wondered if I should go back to my travel-focused business journey. is also very disorganized, which makes it difficult to break in. If you do a Google search for crafts and villages, you will get almost no information,” says Kavya.

While she wants to start a craft business, she realized that it was also necessary to have a fief in a village. Another challenge in the sector was scaling up. The space brands had taken years to build their business, which meant Kavya had to work twice as hard. With all of that in mind, Kavya took the big step of leaving corporate life and the city altogether to move into the outback.

“The change was drastic, I moved to Odisha, to learn more about the tribes there. And I realized there is a misnomer that there are only big tribes in the North East. Odisha has one of the largest numbers of vulnerable tribes listed by the government, so I decided to go to the grassroots and work with them,” says Kavya.

Kavya moved to Odisha in July 2021. It took her several months to understand the locals, the language and the way the people operated, but she quickly found her footing and made the locals trust her.

“I now live in a small forest patch that doesn’t have the facilities of an Amazon or Swiggy delivery, but the villagers trust me, and from there I started growing Craftpotli,” Kavya explains.

Today, Kavya devotes herself entirely to Craftpotli, and not only helps tribal artisans sell and showcase their wares, but also helps brands connect with artisans across the country. She adds that they also help keep the supply chain intact.

“We take on a lot of consultancy projects around craft tourism and craft conservation, as well as product conservation,” Kavya says, adding that her organization deals more with artisans and tribal artisans than of rural crafts.

In the near future, Kavya aims to make Craftpotli one of the largest craft ecosystems in India. She wants the platform to be the one-stop-shop for everything about the tribes, their crafts, and even for people to experience and learn about handmade crafts across India.

Advising all female entrepreneurs, Kavya says, “There is no better time to start in India than now, we are growing rapidly and the opportunities are plentiful. There are no age barriers or rules that can stop you. You don’t need money or even people to tell you what to do. All you need is the will to take that first step and get started,” Kavya concludes.