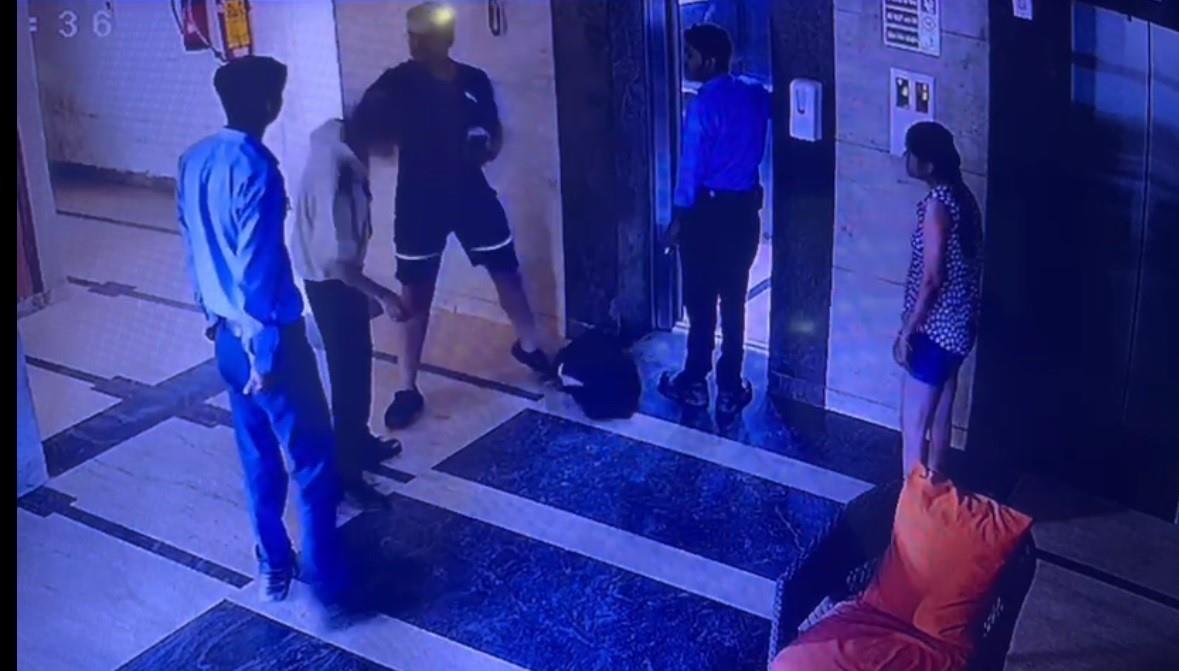 A businessman residing in a high-rise residential company was arrested by Gurugram Police today for allegedly misbehaving and beating a security guard and elevator operator from his company.

The arrested accused was identified as Varun Nath (39), a resident of The Close North Society, located in Sector 50, police said.

Angered at being trapped in the lift, the accused allegedly beat the security guard and the lift operator and also behaved badly with them this morning. The entire act was captured on CCTV cameras installed in the company. The accused can be seen yelling at a security guard and repeatedly slapping him just outside the elevator, using harsh language in a video clip that has gone viral on social media.

After that, security guards gathered and started a protest at the company gate. After obtaining information, a police team led by Inspector Rajesh Kumar, SHO, Sector 50, proceeded to the location where the security officer lodged a complaint.

Following the complaint, an FIR was registered against Varun Nath under Sections 323 (Injury) and 506 (Criminal Intimidation) of the IPC at Sector 50 Police Station.

“We registered a file after receiving the complaint. The accused has been arrested and we are questioning him,” said Virender Vij, DCP, Est.

It may be noted that a week ago, in a similar incident, a woman was arrested by Noida Police for misbehaving with a security guard at the high-rise compound where she was living. A video clip of the incident had also gone viral on social media.

Lessons From A Top Entrepreneur » The Stacking Benjamins Podcast

JCC students explain why they chose the college route